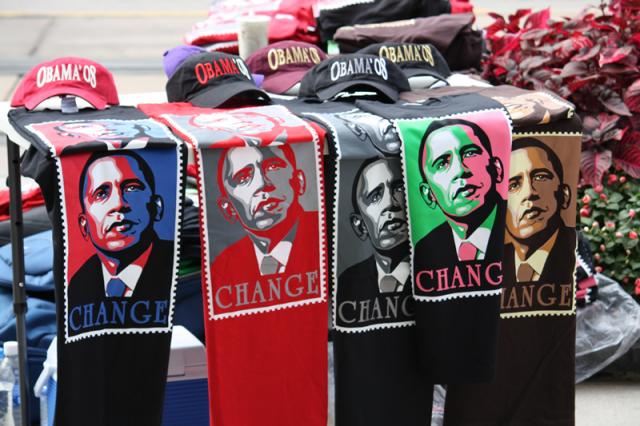 As I entered the Colorado Convention Center, I could feel that Obama-mania was in the air. In fact, I was bombarded by the selling of Barack Obama. Yes, entrepreneurship on the most basic level is thriving in Denver. Shiny T-shirts, oversized campaign buttons and other trinkets large and small — all in the effort to cash in on history. The only official place to buy Obama memorabilia is at the Obama store where you can find, of course, T-shirts and oversized campaign buttons. It just goes to show that celebrity and history has a price tag. And that Obama is great for the Denver economy.