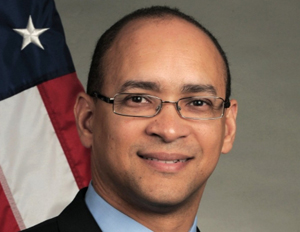 I have been extremely critical of President Obama’s term in the White House when it comes to small- and minority-owned businesses—particularly black businesses.Â Small business is the economic engine of our country, yet Obama rarely talks about small business and has yet to meet with a group of black business owners.

The one person within the administration who clearly understands the small and minority business community is the one person who doesn’t exist to the general public because the White House has not empowered himÂ publicly.

David Hinson was appointed on July 15, 2009 by U.S. Commerce Secretary Gary Locke to be the head of the Minority Business Development Agency (MBDA). Here is what Locke said when announcing Hinson’s appointment: “The success of minority-owned businesses is essential to our economic recovery, and I’m counting on David to maximize their opportunities.â€

Before his appointment, Hinson was president and CEO of Wealth Management Network Inc., a multimillion-dollar independent, financial advisory boutique. Prior to launching Wealth Management Network, Hinson managed a 10-state sales region as director of advisory services for Envestnet Asset Management, a $70 billion financial advisory firm. In this capacity, he consulted high-end advisers in asset allocation, portfolio construction, technology, and product implementation. He also served as managing director of business development for the company. In addition, he has held a variety of senior-level and mid-management positions at Bank of America, Morgan Stanley & Co., First Chicago Bank (now JP Morgan Chase) and the Village Foundation.

Hinson is one of the few people in the Obama administration who actually has real world business experience, not just theoretical. He has actually created jobs and had to meet a payroll. I am not aware of one instance where Hinson has been engagedÂ publiclyÂ with President Obama. If I were an advisor to the President, I would have Hinson constantly at his side, especially during this election period.

Hinson is a great speaker and a very strong advocate for small and minority business. He is one of the best assets the White House has and simultaneously, one of the most underutilized member of the Obama administration. As a Republican, I can be just as partisan as the next person; but as a political analyst, I have to be able to recognize talent when it raises its head.

I am sure I will be criticized by some of my Republican colleagues for writing this piece simply because Hinson is a Democrat. But, my concern for my country and the small and minority business community far supersedes my partisanship.

Hinson is very capable but needs public validation from the President that he is an integral part of the administration.Â  Obama’s public validation of Hinson would go a long way towards muting some of the criticism leveled at Hinson and his agency by the small business community.

Many times Hinson is put in an unwinnable situation because he is very well liked, but people take out their frustration with the administration on him.Â  It is not fair for the administration to leave him hanging out there in the wind.Â  My advice to the President is to unleash the one secret weapon that the Republicans have no response for–Hinson engaging with the small and minority business community along with the President.

If there is a second Obama term, Hinson should be given strong consideration for the position of Secretary of Commerce. He has the academic credentials, the private sector experience, and the global relationships that would make him an effective advocate for the U.S. business community worldwide.