The media has been abuzz this week over President Obama’s conversation with Philadelphia Eagles owner Jerry Lurie, during which he reportedly praised Lurie for giving quarterback Michael Vick a “rare second chanceâ€ to succeed after famously serving time in prison for running a dog fighting ring out of his Virginia home, that few other ex-convicts experience.

White House spokesman Bill Burton hastily issued a clarification, saying that Obama condemns Vick’s crimes. But would it really be so unreasonable to believe that the president was feeling a little bit generous given his own rare second chance following a midterm shellacking that gave House Republicans the biggest shift in control since 1948?

“A lot of folks in this town predicted that after the midterm elections, Washington would be headed for more partisanship and more gridlock,â€ Obama said at a press conference before heading off on his Hawaiian Christmas vacation. “Instead, this has been a season of progress for the American people.â€

Lame duck sessions, that period between an election and a new Congress, is more often than not a dead period, during which little if anything is accomplished. But Obama defied both the odds and expectations by racking up a series of significant legislative gains. He secured a middle class tax cut package, a repeal of “Don’t Ask, Don’t Tellâ€ and Senate ratification of the U.S.-Russia arms treaty. In addition, Congress passed landmark legislation to settle black farmer discrimination suits, a food safety bill and the 9/11 first responders healthcare measure.

“People expected him to leave town defeated, but he left on a high. In a symbolic way that increases his clout. The GOP know that and they don’t want it to happen again, particularly in the House but also in Senate, which will have five or six additional senators,â€ said San Francisco State University political scientist Robert Smith. Still he adds, “Obama’s weaknesses were exaggerated after the November elections and his presumed strengths are probably being exaggerated now.â€

But come January 5, the political environment in Washington will undergo yet another seismic shift. That’s when the White House can expect Republican challenges to the healthcare and Wall Street reform bills passed earlier this year, as well as slashes to the federal budget to fulfill the GOP’s Pledge to America to reduce government spending to 2008 levels. Immigration reform, which is at the top of Obama’s to-do list, also promises to be an issue of heated debate, particularly the DREAM Act, whose failure to pass Obama has described as both “heartbreakingâ€ and his “biggest disappointment.â€ He plans to target Republican lawmakers who’ve reversed their decision to support the DREAM Act for political reasons.

The president also anticipates a “robust debateâ€ next year over how to cut unnecessary spending while making much-needed investments in education, research and development, innovation and other areas that are essential to the nation’s long-term economic growth, job creation and global competitiveness.

Smith also questions whether Obama will similarly secure deals on immigration reform or energy, another important item on his list, in the new Congress. “If anybody learned a lesson during the lame duck session, it’s the Republicans,â€ Smith warned. “They won’t be as willing to compromise in the House as they were in the Senate, because they see he’s getting all this credit.â€

See more on big shifts in Washington and politics: 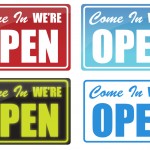 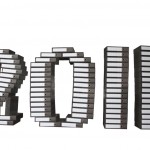 Small Business Checklist: 11 Ways to Get Your House in Order for 2011