President Barack Obama defended his administration’s education reform policies during a Thursday morning speech delivered at the National Urban League’s Centennial Conference and singled out the “Race to the Top” program as the country’s “most ambitious, meaningful education reform effortâ€ in generations. Earlier in the week, the Urban League and other civil rights groups criticized the competitive grant program, saying it doesn’t help enough minority students.

“There have been criticisms from some folks in the civil rights community about particular elements of Race to the Top,” the president said in his speech. “So I want to address some of those today.

“First, I know there’s a concern that Race to the Top doesn’t do enough for minority kids, because the argument is, well, if there’s a competition, then somehow some states or some school districts will get more help than others.Â  Let me tell you, what’s not working for black kids and Hispanic kids and Native American kids across this country is the status quo.Â  That’s what’s not working.Â Â  What’s not working is what we’ve been doing for decades now.

“So the charge that Race to the Top isn’t targeted at those young people most in need is absolutely false because lifting up quality for all our children — black, white, Hispanic — that is the central premise of Race to the Top.Â  And you can’t win one of these grants unless you’ve got a plan to deal with those schools that are failing and those young people who aren’t doing well. ”

On Monday, the Education Department announced a second round of Race to the Top finalists from 19 states and the District of Columbia. According to department data, those states and D.C. enroll nearly two-thirds of all African American and Hispanic students in the U.S., representing 66% and 64% of those students, respectively. That same day, the NUL, the NAACP Legal Defense Fund, the National Council for Educating Black Children, and three other civil rights groupsÂ  released a framework for reform that say will be more effective in helping minority students and failing schools.

“The limited reach of the Race to the Top Fund and other market-based frames for federal education funding jeopardizes achievement of the commendable goal for the United States to become a global leader in post-secondary education attainment by 2020,â€ the report said.

As part of its strategy, the White House quickly arranged a meeting for Tuesday with Education Secretary Arne Duncan, White House Domestic Policy advisor Melody Barnes, and the representatives of the civil rights groups. The discussion focused on the framework’s recommendations and “clarified several issues of agreement with the administration and broadened understanding among the partiesâ€ and there would be an ongoing dialogue. 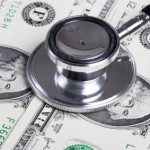