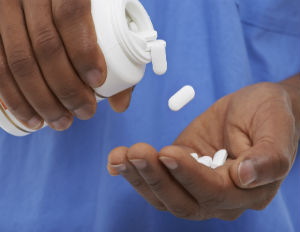 Andre Johnson has been in long-term recovery from a substance use disorder for nearly 28 years. Over the past ten years, Johnson has secured over $15 million dollars in federal, county, state, and local grants for the Detroit Recovery Project to provide quality prevention, treatment, and recovery services. Johnson is founder, president, and CEO of theÂ Detroit Recovery Project, a recovery community organization that provides peer-led, peer-run, and peer-driven services in Detroit.

He also has been recognized as one the White House Champions of Change. Select individuals were chosen from more than 900 nominations for their leadership in preventing prescription drug abuse and heroin use, increasing access to treatment, and supporting the millions of Americans in recovery. Johnson was appointed by the U.S. Secretary of Health & Human Services to serve on the Substance Abuse Mental Health Service Administration/Center for Substance Abuse Treatment National Advisory Council. He also sits on the board of the College for Behavioral Health Leadership.

Beyond the White House honoring Americans leading efforts to stop the prescription opioid and heroin epidemic, the administration has been working to expand the use of tools that are effective in reducing drug use and overdose. These include evidence-based prevention programs, prescriber education, prescription drug monitoring, safe drug disposal, medication-assisted treatment, and the overdose reversal drug naloxone.

Last month, President Obama joined nearly 2,000 individuals in recovery, family members, medical professionals, law enforcement officials, and other leaders at the National Rx Drug Abuse and Heroin Summit. While there, he announced new public and private sector actions and reiterated his call to Congress for $1.1 billion in new funding to help every American with an opioid use disorder that wants treatment to get the help they need.

The American Association of Colleges of Nursing, 191 schools of nursing at the academic institutions, announced that, beginning in fall 2016, they will require their advanced practice registered nursing students to take some form of prescriber education by the time they graduate, in line with the Centers for Disease Control and Prevention Guidelines for Prescribing Opioids for Chronic Pain. Also, the American Association of Colleges of Pharmacy announced that 54 colleges and schools of pharmacy will educate all their students about life-saving overdose interventions, including how to counsel patients and others on the appropriate use of naloxone. 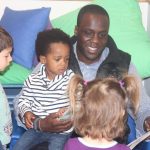