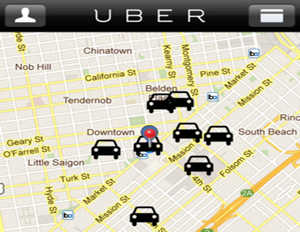 It hasn’t been smooth sailing for San Francisco-based company Uber, and the startup hit yet another bump on Tuesday. Uber, a car service that connects drivers and passengers via app, text messages and the company website, announced yesterday that it was halting UberTAXI service in New York City after receiving immense push back from city officials.

Although the taxi-hailing app debuted in over 100 New York City cabs in September, it received opposition from both regulators and the Taxi and Limousine Commission. However, the company is still offering Uber Black and its low-cost offering, UberX, in NYC. Uber co-founder and chief executive Travis Kalanick took to the company’s blog to inform users of the change.

“We did the best we couldÂ to get more yellows on the road but New York’s TLC (Taxi and LimousineÂ Commission) put up obstacles and roadblocks in order to squash theÂ effort around e-hail, which they privately have said is legal under the rules,â€ said Kalanick. “We’ll bite our tongues and keep our frustration here to ourselves,” he added.

TLC Spokesman Allan Fromberg said the commission would not be able to explore “e-hailâ€ and similar innovations until the city’s existing contracts expire in February.