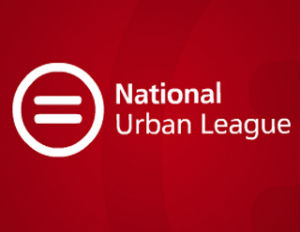 This post was written by Marc Morial, president of the National Urban League.

“Education is the most powerful weapon which you can use to change the world.” – Nelson Mandela

Even as millions of America’s young people are desperate to find work, the nation’s employers could be scrambling to find qualified candidates to fill millions of jobs in the next five years.

By every measure, the nation’s higher education system is failing the nation’s poor and minorities, leaving the most vulnerable communities behind. College completion rates for students of color are abysmal: Barely 40% of black students and barely half of Hispanic students complete four-year degree programs within six years of enrollment, compared with more than 60% of white students.

The summit kicks off with the release of Gallup’s first-ever survey of minority student outcomes.Â  We look forward to the nation’s most in-depth look at the challenges facing minority students, which will illuminate and expand upon last year’s National Urban League report, From Access to Completion: A Seamless Path to College Graduation for African American Students.

That report found that a major barrier to college completion is financial: A majority of African American college students, 65%, are balancing their studies with full-time work and family responsibilities. As a consequence of these responsibilities, African American students whose incomes qualify are likely to receive less financial aid because they are enrolled less than full time.

The monetary value of a college degree is well documented. Study after study has shown that college graduates can expect to earn anywhere from a half-million to a million dollars more over a career than those without a degree. Census data released last month show that the median weekly salary for a college graduate is almost twice that of someone holding only a high school diploma.

But it’s not only income that rises along with education. Voting rates, volunteerism, intellectual curiosity, and tolerance also correspond to educational level.Â  More education means better health, and the more educated someone is, the more physically active they are.

The unemployment rate for college graduates, 3.5%, is well below the nation’s median rate of 5%.Â  For high school graduates, the rate is 6% and among high school dropouts, 9%.

Meanwhile, the potential skills gap our nation faces will have employers scrambling to find qualified candidates with postsecondary credentials required for an estimated 5 million jobs by 2020.

Government leaders must support innovative, results-driven, more affordable ways of delivering postsecondary education and training to at-risk youth so they are prepared for quality employment in jobs that are in demand in the workforce.