Merrill Lynch Has Uncovered Why You're Not Saving Enough for Retirement 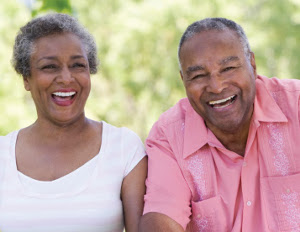 Everyone knows they need to put away some serious money if they want to enjoy their golden years. Yet despite this knowledge, most people are not saving enough for retirement.

“People have good intentions. They think they should be saving roughly 25% of their annual disposable personal income,” said Kevin Crain, head of Workplace Financial Solutions for Bank of America Merrill Lynch, in a media briefing.

“And yet, people are saving just one-fourth of that,” he continued. “Americans are actually saving only 5.5% of their disposable personal income.”

Those findings are part of a new report, Finances in Retirement: New Challenges, New Solutions, conducted by Merrill Lynch, in partnership with Age Wave.

So, why is there such a big gap?

“We saw that there were five barriers that are obstacles for people trying to save for retirement, which will need to be overcome or removed,” Crain said.

The report is the result of data collected from 50,000 respondents over, four years, via eight different studies. The holistic studies focused on life priorities beyond finances, such as family, giving, health, and home. So, here’s why you’re not saving enough for retirement, as reported by Finances in Retirement: New Challenges, New Solutions:Â

1. The Struggle to Pay Basic Expenses

More than 40% of respondents say the cost of basic expenses has prevented them from saving more for retirement.

2. The Belief That Talking About Personal Finance is Taboo

Personal finances are a private matter, according to 57% of respondents, and 72% of retirees are uncomfortable discussing their retirement savings candidly with friends.

Half of pre-retirees say they don’t have a role model, when it comes to financial planning.

4. A Lack of Understanding of Financial Jargon

A full 90% of Americans want basic financial management to be taught in school, and 65% say the language of finance is confusing.

5. A Lack of Confidence When Making Financial Decisions

Americans over age 50 second-guess their financial decisions more than any other decisions, grading themselves at only a “C-minus,” when it comes to financial behaviors.

“As Americans gear up for longer retirement experiences, the responsibility for funding these later years is landing much more on their shoulders,â€ said Lorna Sabbia, head of Retirement and Personal Wealth Solutions at Merrill Lynch, in a press release.

“To navigate this new landscape, today’s retirees and future generations will need to play a more active role,” she said, “which includes closing the savings ‘intention-action’ gap, planning ahead to meet their retirement goals and regularly course-correcting along the way.”

She Made the Uber of Home-Cooked Food