No. 12: Thomas Burrell, The Dean Of Black Advertising - Black Enterprise Advertising industry visionary Thomas Burrell broke barriers in the media industry when he launched his Chicago-based ad agency in 1971. For decades, he fought for industry diversification and the opportunity for black agencies to gain general market accounts. When he left the firm, 49% owned by French agency Publicis Groupe, he sold the majority stake of Burrell Communications Group to his managers, retaining its African American ownership. 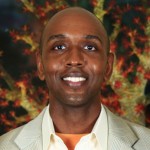 Nonprofit Insider: 4 Steps to Fundraising for Your Nonprofit