The late John H. Johnson built his publishing and cosmetics empire into an international powerhouse, distributing name brands such as Ebony, Jet, and Fashion Fair. For 60 years, he touched the lives of millions of African Americans in every facet of life, sharing with the world their talents and potential, exposing injustice and racism, and shattering social and commercial barriers. 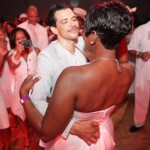