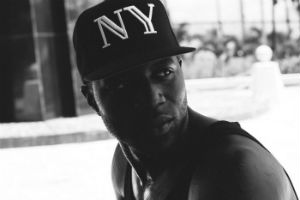 Excuse Nigel Sylvester for being so accustomed to breaking with convention. With lucrative sponsorship deals with brands like Gatorade and Nike, he launched the opening of his own bike equipment and clothing store at 20. He’s young, black and a BMX rider. So there’s also that: the bright gold Supreme Cairo Sweatpants he was wearing with a white pair of Jordan VIs when we caught up with him at the launch of the G-Shock store in SOHO, for him, must have seemed a tame combination.

We learned soon enough that the store didn’t work out as well as he’d hoped. As one of the brand ambassadors for G-Shock, we caught up on that and a range of topics including his contributions to the brand, New York riding culture and how he gives back.

BlackEnterprise.com: It’s kind of crazy in here, so thanks for agreeing to chat.

Nigel Sylvester: This is, like, my mom’s dream, to see me on Black Enterprise [Laughs.].

To even an outsider, G-Shock seems like the perfect brand association for you as an athlete. Do you feel that way, and if so, what’s the nature of the relationship between you and the brand?

I get to project my vision onto the world more than anything else. G-Shock and Casio just as a brand is something that I’ve always been a part of since I was in high school, when I got my very first G-Shock. Just being able to be creative and be expressive about what we both believe in is super important and key. Being a BMX rider from New York City, it’s just not a very common thing — especially coming out of Jamaica, Queens. Growing up we didn’t have skate parks, there was no real influence on us. So they believe in how far I’ve come as a BMX rider and so together it feels like the sky’s the limit.

Yeah, well that kind of faded out.

What challenges went on with that that you didn’t anticipate?

I was young. I was 20 years old with my first business. Being a full-time professional athlete trying to run a business … it was difficult. It was a learning process and I learned a lot at a very early age, which I do appreciate. I understand my mistakes and I will again venture back into the retail space and offer that to New York first, then move bigger and better. But I learned a lot.

Not Just Fans, the Hockey Lockout is Hurting Small Businesses as Well