Nicki Minaj Advice to Women: 'Don't Ever Be Ashamed to Ask for The Top Dollar' 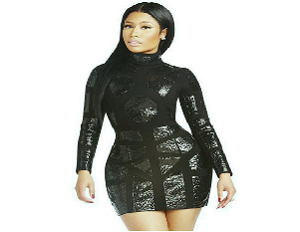 Nicki Minaj has never been one to shy away from speaking what’s on her mind.

Earning her spot on Time’s “The 100 Most Influential People” list, Minaj opened up about her rise to success and her unapologetic approach to becoming the boss in her career.

“As a child, my mother didn’t have a job where she was the boss,” said Minaj. “And I always looked at that and wished she was the boss and did make her own rules. So from very early on, I felt like ‘You know what? Whatever I do, one day I want to be more in charge of my business.'”

Staying true to this mindset even as she entered the male-dominated rap business, Minaj started making six figures early in her career and was very up front about demanding the money she felt she deserved.

Her assertiveness in her career has obviously paid off as she was the only female who landed a spot on Forbe’s 2015 “Hip-Hop Cash Kings” list with $21 million in earnings.

With a career that has led her to garner millions of fans and to dominate the top of music charts, The Pinkprint artist is very clear about the message she wants other women to practice in their career.

“If you know you’re great at what you do, don’t ever be ashamed to ask for the top dollar in your field,” she says.

Also, check out Minaj’s full interview with Time below where she talks about working with BeyoncÃ©, the challenges black women face in music, and more.

Wages for Young College Graduates Remains the Same as in 2000

Don’t Be Taken In By Marketers’ Retirement Pitches