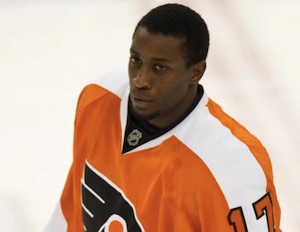 The NHL on Friday cancelled its regular season games through Dec. 14, bringing the amount of cancelled contests to 422, more than a third of the entire 2012-13 season. With labor strife at an all-time high, the NHL and its players were dealt another blow when with the annoucement it would have to cancel its All-Star Weekend, scheduled this year in Columbus, Ohio.

“The reality of losing more regular-season games as well as the 2013 NHL All-Star Weekend in Columbus is extremely disappointing,â€ NHL Deputy Commissioner Bill Daly said in a statement released Friday. “We feel badly for NHL fans and particularly those in Columbus, and we intend to work closely with the Blue Jackets organization to return the NHL All-Star events to Columbus and their fans as quickly as possible.â€

The event, originally scheduled for Jan. 26 and 27 at Nationwide Arena, was expected to bring an estimated $12 million to the Greater Columbus area. It would have been one of the biggest professional sporting events ever hosted in Columbus.

“First and foremost, the Blue Jackets are very disappointed for our fans that All-Star festivities will not be coming to our great city in January,â€ said Blue Jackets president Mike Priest. “Our commitment to bringing this event to our fans is as strong as ever. The NHL believes Columbus will be a great host and will work with us to bring the All-Star Celebration here as soon as possible.â€

The NHL lost the much heralded Winter Classic, its marquee game held outdoors on New Year’s Day. The game was supposed to pit the Detroit Red Wings against Toronto Maple Leafs at the University of Michigan Stadium.