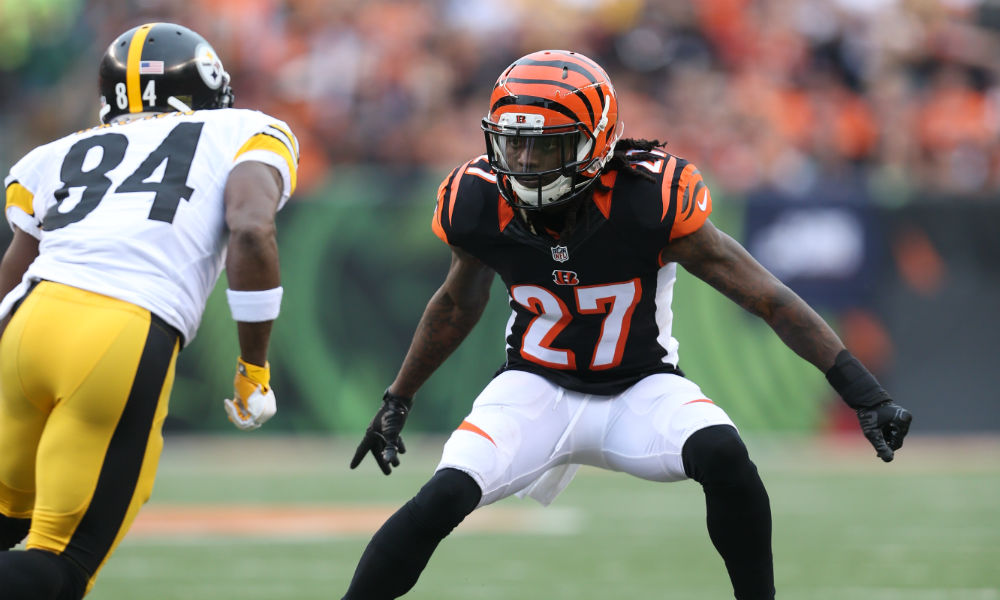 When you consider that Cincinnati Bengals Cornerback D’Andre “Dre” Kirkpatrick will earn a base salary of more than $7.5 million in 2016 alone, it’s hard to believe the 26-year-old is so humble when it comes to money.

In addition to dealing with the tough streets of the Oakleigh Estates section of Gadsden, Alabama, growing up, Kirkpatrick had to deal with a rough start to his career in 2012 due to injuries, which prompted many critics to speculate that the first-round draft pick was a “first-round bust.”

But Kirkpatrick persevered, and by 2014 the world learned why his nickname is “Swagâ€ when he intercepted future Hall of Fame quarterback Peyton Manning twice, clinching the Bengals a playoff berth.

Although he’sÂ riding high, Kirkpatrick has learned that the road to success in all aspects of life is not a straight line to the top. He shared with BE’s senior editor of personal finance, Stacey Tisdale, the threeÂ most important things he has learned about money.

BE.com: What would you consider to be the three most important lessons you’ve learned about money?

Kirkpatrick: First, that it comes quick and goes quick. If you lose sight of why and how you earned the money in the first place, you’ll more than likely always be chasing a dollar instead ofÂ stackin’ them. Two, money doesn’t change people. It only enhances the person you really are. If you have a generous and giving heart, you’ll use those resources to make a positive influence in some kind of way.Â Three, know your worth. We’ve all got bosses andÂ someone who signs our checks. It’s just up to you and your team to squeeze the best value out of your product, services, skill, or whatever you get paid for.

BE.com: How did you learn those lessons?

Coming from a small town, then playing for a big school like University of Alabama, it’s a big jump in everything that goes on day to day in life. Having a hardworkingÂ mother and father to watch growing up was key.

When I was a very young kid in middle school, I got into aÂ little trouble trying to make some quick money. I learned real fast there is no such thing as quick money.

You gotta work your tail off for everything. I’m just fortunate my talent and skill brought me to the NFL, where we get paid a lot of money to play. But with that, you know what they say: more money, more problems.

I’m learning a whole new set of skills now that I’m the business and my brand.

Kirkpatrick adds that every day he can provide for his son is a blessing, and that he’s lucky to have a mother and fatherÂ who stillÂ keep him grounded.