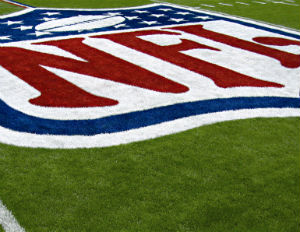 Issues with domestic violence and child abuse have tarnished the first two months of the NFL season, but there are still record numbers of women who are watching games across all of the league programming networks. It seems that the nearly $10 billion engine that is the NFL is not seeing any leakage from the female fan base. With the growing concern that the ugly off-field controversies that played out involving Ray Rice and Adrian Peterson would negatively impact female viewership, sports marketers and TV executives have been keeping a close eye on the trends all season.

The biggest fear of the NFL was that back-to-back controversies surrounding two stars running backs would greatly affect viewership in the female demos. For past few years the league has made it a priority to clean up it’s image on and off the field while at the same time grow its female fan base through initiatives such as its appeal line geared towards women, and annual breast cancer awareness activities. There has been consistent growth over the last decade, particularly on television, in its female fan base.

Although we see a tremendous amount of support from female fans, women represent only about one-third of the NFL’s viewing audience throughout the regular season and playoff’s. Women account for about half of the league’s Super Bowl viewing audience, and network executives expect regular season and playoff’s to mirror this trend. The negative events of this season are the where we would expect to see a huge threat to this trend. Nielsen data from women viewers at Fox Sports show evidence that the decade long trend of increases is not slowing down. Through 10 games this season the network has posted a 5.4 rating for women 18 and older, and 4.7 rating for the 18-49 female demographic. Both of the are slightly down from year ago, but are up significantly from a decade ago. In the past 10 years FxO Sports’ NFL ratings are up 35% in the female 18+ demo, and up 27% in the female 18-49 demo.

There is a female audience that has strong buying power that can be reached through the NFL. We knew that men watch sports, but now we are really seeing the impact that women viewership has on the total impact of the billion dollar NFL engine that keeps steaming ahead.

Daron Pressley (@daronpressley) is an entrepreneur and former Fortune 500 sales and marketing executive who has been featured on outlets including Fox45 News, Black Enterprise magazine, and The Washington Post. Knowledgeable in marketing and branding, Pressley works with professional athletes, organizations, and individuals to develop strategies to create, build, and grow brands. As a speaker Pressley has reached over 20,000 students. He provides dynamic insights on leadership and branding via his Website,Â DaronPressley.com

8 Ways To Shop For Gifts That Give Back