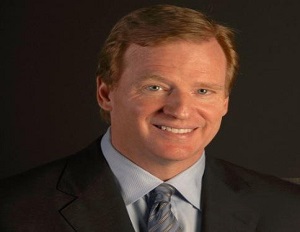 It seems as though NFL commissioner Roger Goodell can’t get it right when it comes to making sensible decisions pertaining to the league and its policies.

Following the controversy around the Ray Rice incident, the NFL hired a team of outside consultants to advise the league on how to better handle situations regarding players involved in domestic violence cases. While the plan sounds nice, an issue comes into play when the NFL has selected three white women to be senior advisers on domestic violence for a league that consists of aboutÂ 67% African American men.

Facing strong criticism from a group called the Black Woman’s Roundtable, the NFL is now in hot water as many deem their selection of advisers to be illogical.

“The Black Women’s Roundtable appreciates the fact that the NFL has established an advisory group of women to assist in “development and implementation of the league’s policies, resources and outreach on issues of domestic violence and sexual assault.” However, your lack of inclusion of women of color, especially Black women who are disproportionately impacted by domestic violence and sexual assault; and the fact that over 66% of the NFL players are made up of African Americans is unacceptable,” the group of leading women said in a letter to Goodell.

RELATED: The 15 #GoodellMustGo Tweets You Should See

In addition to the league catching heat from black female leaders, civil rights activist Rev. Jesse Jackson also spoke out about the league’s decision to not include any women of color on their board of domestic violence advisers.

“Where is the jury of your peers?” Al Jazeera reports Rev. Jackson saying, while calling the lack of diversity amongst advisers a “shameful insensitivity” that “compounds the credibility crisis.”

According to the National Resource Center for Domestic Violence, nearly one-third of black women are victims of domestic violence and have experienced abuse at a higher rate than their white peers, thus with a league that consists of majority African American players, domestic violence in the NFL is one that is strongly linked to the well-being of black women.