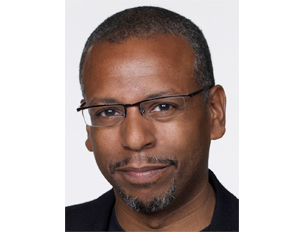 Serial tech entrepreneur Hank Williams announced yesterday his newest venture, Platform, a not-for-profit organization he founded with the Tides Center and several unnamed technologists, entrepreneurs, and philanthropists who are dedicated to increasing the participation and success of underrepresented minorities in the innovation economy. The launch event was hosted at the home of celebrated business women and philanthropists Loida Lewis and her daughter Christina Lewis Halpern, who run theÂ Reginald F. Lewis Foundation, which is dedicated to the memory of the first black man to head a billion dollar business empire.

“The problem is in 2013 the innovation economy, is the economy,â€ said Williams, a graduate of the inaugural NewMe Accelerator class, which became a part of the series Black in America 4: The New Promised Land. “If all the significant growth that we expect going forward is coming from fields in which vasts blocks of people have no participation or engagement, then we are heading for trouble.”

One of Platform’s first endeavors, Platform Summit, will take place July 12-14, 2013 at the MIT Media Lab in Cambridge, Massachusetts. The invite-only gathering will bring together 30 of the world’s foremost thinkers across various fields as speakers to explore new ideas, highlight and model success stories, and accrue tactical resources toward the goal of fostering the kind of innovation-driven prosperity that has escaped blacks, Latinos, and women.

While The Platform Summit will consist of no more than 300 invite-only attendees, the event will model the video-driven conference format made famous by TED Talks and be video-recorded and distributed through Platform.org. The intent is to reach millions as the anchor of a new movement. Mae Jemison, Quincy Jones, and Tavis Smiley are among the more notable speakers at the summit, but technology industry veterans like William Crowder, of DreamIt Ventures; Jessie Woolley-Wilson, of DreamBox Learning; and Charles Hudson of Bionic Panda will also be providing innovative insights and thought-provoking talks.

Google and the S. Ahmad-Llewellyn Family Foundation have signed on as the summit’s first sponsors. Williams is hoping that other individuals and institutional partners will join in the coming weeks. In fact, at the launch, he solicited guests with the hopes of signing up 50 founding members who will make a $5,000 financial contribution to Platform’s inaugural summit. In return, they’ll receive a lifelong membership to the organization.