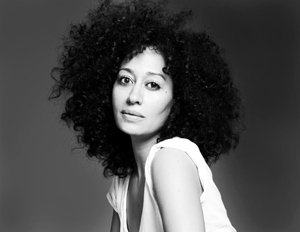 When you are daughter to Queen of Motown Diana Ross, a woman who can still stop a crowd upon entering a room, the expectations for your career and overall aura are set pretty high. However, Tracee Ellis Ross has marched to the beat of her own drum and, might I add, quite successfully.

The fashion influencer even has the digital influence to back it up with over 164,000 Twitter followers, 38,000 Facebook likes and 101k “Instafriends.â€

Now, the style icon is giving fans an even closer look into her life with the launch of her own website, Traceeellisross.com . The Girlfriends star, who has been counting down to the big day via her social media sites, launched her website on Monday.

A mix of fashion and beauty tips coupled with inspirational and health-conscious posts, Ross’ site was well worth the wait. The site, which is part of the Women’s Influencer Network, evokes style and grace with its clean-meets-modern layout. As any successful site should, it loops in all of the actress’ social media profiles for easy shareability.

Ross is not the only celebrity who is giving folks a closer look. “Destinantion Iman,â€ a web magazine by supermodel-turned-CEO Iman, debuted in September, while Beyonce launched her Tumblr site filled with personal pictures earlier this year.

What do you think about Ross’ new site?