A New Look at Police Violence Against Black Women 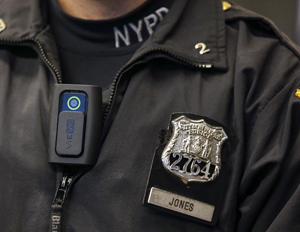 Invisible No More places the individual stories of women and girls such as Sandra Bland, Dajerria Becton, Mya Hall, and Rekia Boyd into broader contexts, centering women of color within conversations around the twin epidemics of police violence and mass incarceration.

Black, lesbian, immigrant, and police misconduct attorney Andrea Ritchie has penned a new book that documents the evolution of a movement for justice for women of color targeted by police that has been building for decades, largely in the shadows of mainstream campaigns for racial justice and police accountability. Invisible No More: Police Violence Against Black Women and Women of Color (Beacon Press, July 2017) gives an eye-opening account of how black women, indigenous women, and other women of color are uniquely affected by racial profiling and police brutality.

Informed by 20 years of research and advocacy, Ritchie’s work demands a sea change in how police violence is understood by mainstream media, policymakers, academics, and the general public, as well as a radical rethinking of our visions of safety–and the means we devote to achieving it.

Invisible No More is the first book to comprehensively tackle women’s experiences of racial profiling, police brutality, and gender-based forms of police violence, such as sexual assault. “Invisible No More centers black women’s experiences–straight and queer, trans and not trans, both because that is the community I am from and as a contribution to the Black Lives Matter movement–and extends beyond them to those of Indigenous, Latinx, Asian, Arab and Middle Eastern women, identifying shared and distinct experiences informed by unique historical and current relations of power,” said Ritchie, in a Q&A posted on Beacon Broadside, a project of Beacon Press.

Ritchie has more than two decades of experience advocating against police violence and the criminalization of women and LGBTQ people of color. Â She got pulled into organizing and advocacy around women’s experiences of policing on the ground and at national and international levels.

In the Q&A she went on to say, “I worked to resource local efforts to document and highlight women’s experiences of policing by compiling the INCITE! Organizer’s Toolkit on Law Enforcement Violence Against Women and Transgender People of Color. I spent a significant part of the past decade documenting, litigating, and advocating around the experiences of women and LGBTQ youth of color and people involved in the sex trades, where a great deal of gender- and sexuality-based policing and police violence takes place.â€

Image or Economics? Success in Business Begins With a Solid Foundation