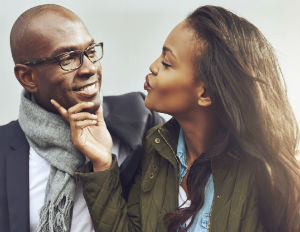 He is known for such LGBT-themed films asÂ Dirty LaundryÂ andÂ The Ski Trip. His next project, titledÂ 90 Days,Â deals the subject matter of HIV prevention and outreach as well as black empowerment. The film tells the story of Jessica and Taylor, a couple that has fallen in love. After 90 days of dating, Jessica tells Taylor that she is HIV positive, and the couple must confront the realities of a mixed status relationship.

Williams wrote this film because he wants to dispel many of the prevailing myths that surround being HIV positive, particularly where it relates to dating, sex, love, and having children. The entire production team is committed to using the film as a platform to uplift and educate our community.Â They have partnered with The Center for Disease Control and Prevention’s (CDC) Act Against AIDS initiative.

But Williams looks to continue to build relationships for the film, specifically with other like-minded organizations, funders, and influencers. Recently, he launched a crowd funding campaign on indiegogo.com to help drive awareness as well as fundraise for the project, and seeks to acquire $35,000. “We believe that it is important for the community to participate in its creation. It is a film for and about saving and bettering our lives,â€ say Williams.

The Indiegogo site notes that all donations will go directly to the production of the film for necessities, such as lights, camera equipment, editors, editing software, and also a crew of gaffers, electricians, costume designers, hair and makeup artists, and so on. “We want to have the very best in order to effectively and creatively spread our message of living and loving with HIV,â€ he adds.

Once the film is out of post-production, Williams plans to submitÂ 90 DaysÂ to film festivals.

Williams will be in New York during June PRIDE Month for a series of events as part the annual My True Colors Festival. Williams will screenÂ Dirty LaundryÂ at the festival, which happens to coincide with the 10-year anniversary of the NAACP Image Award and GLAAD Media Award nominated-film, for which Williams served as executive producer. Currently, he also is in pre-production for the film,Â The Second Act,Â which he co-wrote with actress Jenifer Lewis (ABC’sÂ Black-ish). 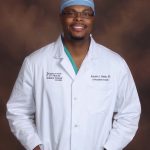