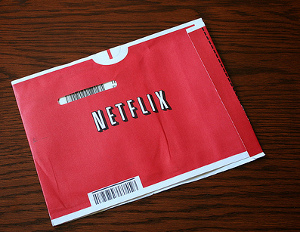 If the US Postal Service moves forward with plans to cease delivery on Saturday’s, they’d dramatically reduce the operating costs for several companies, including Netflix.

Under the plan, mail would be delivered to homes and businesses only Monday through Friday, but it would still be delivered to post office boxes on Saturday’s. The plan, designed to save about $2 billion a year, could face a challenge from Congress.

One less day of mail service may force Netflix customers to change their viewing habits. For example, they may need to mail discs back to Netflix a day earlier if they want to make sure they have a DVD to watch on the weekend. Or a DVD that used to arrive on Saturday would come on Monday instead.

Analysts say few customers are likely to mind the extra wait. Most Netflix subscribers no longer get DVDs. The DVD-by-mail service began to shrink in 2011 when Netflix unbundled it from its streaming video to TVs and other devices. The change required Netflix customers to pay separate monthly fees if they wanted both Internet video and DVDs through the mail, which raised Netflix’s prices by as much as 60 percent.

Even though Netflix has fewer DVD subscribers, it’s still slightly more profitable than the streaming service due to Netflix’s licensing fees for Internet video. It’s estimated that Netflix will spend about $300 million on postal expenses this year and perhaps as little as $200 million next year, depending how many more DVD subscribers cancel their service.

Think Before You Act: 3 Reasons You’re Not Ready for a Career Switch