Why You Need This Kind of Attorney to Succeed in Business 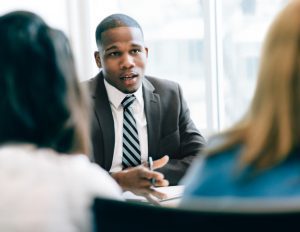 Before I start, I’ll admit what you probably guessed from the subheading–yes, I’m a government affairs attorney and I’m writing this piece, in part, as a plug for my profession. Why’s that? Well, in the pantheon of lawyers, we government affairs folks are often overlooked.

Meanwhile, we government affairs lawyers toil in obscurity, separated from the glory bestowed upon our more ballyhooed peers.

And yet, I would argue that government affairs attorneys deserve at least equal recognition. Our performance and value-add may be harder to quantify than that of other lawyers, but, for businesses, our contributions are no less impactful, particularly for highly regulated industries.

How so? Well, for starters, it might be helpful to define what government affairs is.

What is government affairs?

Government affairs (or government relations) is the process by which businesses educate themselves about governmental developments and participate in lawmaking. It typically involves tracking new laws that are proposed or enacted, in addition to businesses using their voice to support or oppose proposed laws.

Let’s say, for example, that a state legislator proposes a law that would ban Product X, a profitable product made by Company A. Government affairs attorneys would first alert business leaders at Company A about the proposed law. Then, government affairs attorneys would likely try to convince state legislators not to support the proposed law, since banning Product X would harm Company A.

A strong government affairs team can help a business fight off unfavorable laws, encourage the passage of favorable laws, and facilitate smooth, business-friendly interactions with regulators.Â  This results in cost savings, easier product or service rollouts, and less burdensome regulation.

By now, I hope that even skeptics can better appreciate the importance of the government affairs function. As with other legal specialties, however, businesses seeking to build a strong government affairs team should do so thoughtfully. This means keeping the following considerations in mind:

A large part of the government affairs function involves communicating with non-lawyers.Â  So it’s important to build a team that consists of people who can communicate confidently, clearly, and effectively with people from a variety of non-legal backgrounds. Additionally, this means having people who can explain complicated subject matter in simple, concise, and compelling terms. After all, along with a need to inform, the government affairs function also entails a need to persuade–whether the audience is government officials or C-suite executives.

3. Creativity and Persistence Are Essential Qualities

Nudging large government institutions in a particular direction is difficult work, and the “NOsâ€ roll in far more often than the “YESes.â€ A successful government affairs attorney, therefore, must possess creativity and dogged persistence that will lead him or her to pursue multiple routes to achieve theÂ desired outcome, and not give up easily. A myopic, passive, or invariably deferential disposition won’t cut it.