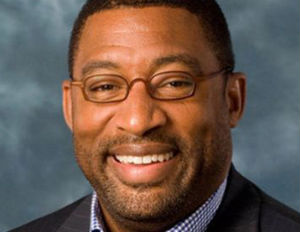 Too often, professional athletes become infamous for skyrocketing to fame and wealth only to end up financially strapped due to bad spending habits, poor money management and an overall lack of preparedness for a sudden increase in income. Greg Taylor, Senior Vice President of Player Development for the National Basketball Association, manages the league’s programs that promote the personal, professional and social development of NBA players. This includes programs designed to orientate and educate rookies in their transition into the league.

BLACK ENTERPRISE spoke with Taylor about his role in helping players navigate the challenges that come with fame and fortune and everything that goes with it. Here’s what he had to say:

Give me an idea of what some of those challenges players entering the league face and what programs you have that address them?

Greg Taylor: A broad range. We know that with the NBA lifestyle a lot of issues can come to the forefront – things like relationship management, positive usage of social media, financial management and the like; and in each of those areas and many others we have 20 to 30 plus programs that we offer. The widespread notion is that what we are trying to do is really only on the financial side, but we also want to help the players understand what it means to come into the NBA and to make good choices. Regarding social media we talk to them a lot about the fact that once you become a member of the NBA you in fact are a brand. We explain to them how they carefully have to use social media because it can have both a positive and negative effect on their brands. We know they get interviewed and we want them prepared to be able to navigate the media and so we give them the dos and dont’s of how to do an effective interview — things along those lines.

How do you gauge success? How do you know when your programs are working?

Taylor: From our standpoint we have a lot of outcomes and indicators for success that we look at. There are a number of players who end up making poor financial decisions. We would like to see that number reduced. For players who are in our program we would like to have folks understand the degree to which they can save, what is a good portfolio, and how do you invest? Are you maximizing all of the benefits that the league makes available for you in terms of 401K and your financial statement? From our standpoint we think that that is a really important marker on success. We also want the players to understand and be able to lead their affairs. I cannot tell you how many times that a player sits around a table with an endless amount of advisors. We want them to recognize those advisors, work with them and be leaders in understanding how to be able to make those decisions moving forward that will affect their lives and ultimately the lives of their family that their money is well managed.

Do you use Magic Johnson’s business model as a guide for some of these younger players?

Taylor: There really are a number of wonderful success stories. We hear about Magic Johnson. We certainly talk about Magic Johnson being a kind of Renaissance man in the business field, but there is Junior Bridgeman who is another very successful entrepreneur. There are phenomenal examples that the general public don’t know as much about given Magic’s platform but there are a number of very, very powerful examples of players who recognize themselves as a brand. Those players very early on make good, thoughtful decisions about their financial future and where they want to be. Yes, we try to use former players. We know that putting former players before our current players is just a wonderful way to help with learning. They admire their former counterparts and the like so we certainly use players in front of our guys.

The perception is that basketball players are at greater risk of ending up with financial problems. Do you think that is the case from your perspective?

Taylor:Â  No, not at all. I think that there is a lot of misinformation circling around. We are working hard to try to figure out where this notion of 60% of our guys ending up broke has come from. It is unsubstantiated. I would not at all believe the notion that basketball is any worse off than any other professional athlete. What we have to do is a correction. One of the things that we are working on is trying to be clear with what is that statistic and what are the conditions our current and former players are in currently and moving forward.

What would your next objective be? If you could have a new program of a new issue that you think really needs to be significantly addressed? What would that be?

Taylor: We are very much interested in strengthening our career transition program. We know that the average career is 4.7 years. What program support needs to be in place as players think about their next careers? We certainly have a very strong program in place and we are absolutely committed to being best in class and to growing and strengthening what we offer. But to your question, if we could blow out if you will and expand one of the programs we offer now it would be the career transition program where we help identify areas of interest, career choices, what does it mean for players to think about further educating themselves both academically and in terms of whatever that business interest is, and that we are really able to support them moving forward. It is a current agenda item that we are working hard on and that would be a program we would love to grow.