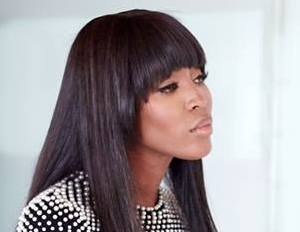 According to The Hollywood Reporter, Naomi Campbell will have a role in Lee Daniels’s upcoming TV project,Â Empire. The show is slated to air early next year on Fox.

The show will be a family drama which is set in the world of a hip-hop empire and starsÂ TarajiÂ P. Henson as Cookie Lyon, the ex-wife ofÂ LuciousÂ Lyon (Terrence Howard), the head of a record label at the center of the series.

“Naomi is a beautiful actress, underrated in my mind,” said co-creator/executive producer Daniels (The Butler,Â Precious).Â “She will be wonderful as Camilla.Â I am truly thrilled to have one of my close friends join us.”

Campbell will portray Camilla, who is involved in a steamy affair with the much-youngerÂ HakeemÂ (Bryshere Gray), the potential heir toÂ Lucious’ throne.

10 Tweets Commemorating the #MikeBrownMemorial That You Should See