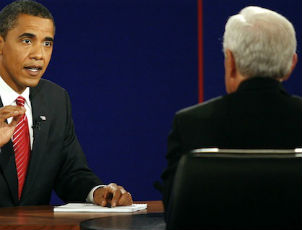 From the Associated Press

A group of blackÂ journalists says it is disappointed in the lack of ethnic diversity among the people chosen to moderate presidential debates.

The National Association of BlackÂ Journalists said Friday that the Commission on Presidential Debates needed to stop treating black reporters as if they were unqualified, invisible or both. The group said diversity was important in a year in which as much as a quarter of the electorate is expected to be non-white.

Toure Apologizes For N-Word Use In Mitt Romney Discussion