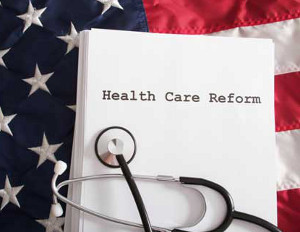 Nearly every opponent of health care reform has argued that the Affordable Care Act, known as Obamacare, will kill small businesses. But the new rules don’t apply to most small business. The employer mandate rule which forces firms to start providing insurance in 2014 pertains to companies with at least 50 full-time workers. But it applies only to 3% of America’s small businesses, reports CNN. That equals about 200,000 companies. As of 2010, there were roughly 5.7 million small employers, defined as those with fewer than 500 workers. Some 97% of them have fewer than 50 employees.

Complying with health care mandates can be costly. If those businesses with 50-plus workers don’t provide insurance they could face $40,000 in penalties and $2,000 for each additional full-time employee. However, nearly 96% of all of those businesses already do provide health insurance and most qualify under Obamacare’s requirements. Obamacare deems insurance unaffordable if it costs more than 9.5% of a worker’s income. More than 99% of those in work-sponsored plans have insurance that meets most Obamacare coverage standards, according to the latest studies.

All in all, only a tiny sliver of the nation’s small businesses face the new rules and even fewer face any changes. Of the country’s 6.5 million workplaces, only 1% must actually start providing insurance next year.