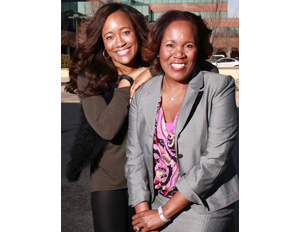 These are some reasons why a dynamic mother and daughter team put their collective years of business experience together (as well as their great relationship) to launch an events app: Mixtroz.

Ashlee Ammons, co-founder and CMO, says that the goal of Mixtroz is to create a unique events app unlike others on the market.

“Mixtroz is the only tool that solves the current ineffectiveness of building and sustaining strong and meaningful networks formed exclusively by a ‘click’ online or by brief, often awkward, personal introductions,â€ Ammon says.

She launched the app 17 months ago with her mother, Kerry Schrader. Ammons, after working as a public relations professional, which included creating events for prestigious clients such Oprah Winfrey, Leonardo DiCaprio and LeBron James, reveals how she came up with the idea of Mixtroz in an amusing anecdote:

“[At a lunch event, they] advised attendees to approach ‘someone’ with the same color dot on their name tag and strike up a conversation. Being that I attended the conference alone, the thought of this ‘social suicide’ proved very awkward, and keep in mind, I am the extrovert of extroverts,â€ says Ammons.

She says she felt like a “creep”, “Checking out other women’s breast areas to confirm the color of the dot and striking up some sort of meaningless conversation.â€

Together with her mother (who holds an MBA and is a human resources professional), they launched Mixtroz.

Bootstrapping the first $30,000 to launch, they raised $125,000 in additional funding from family and friends.

The app is fully functional and available on Android and iOS.

The pair has also auditioned for Shark Tank and have been accepted into an accelerator program, Gigtank 365, this summer with the goal of securing $1 million in seed funding to add features to MixTroz.

Pt 2: The Best and Worst States to Retire 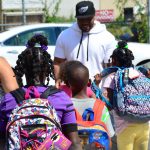