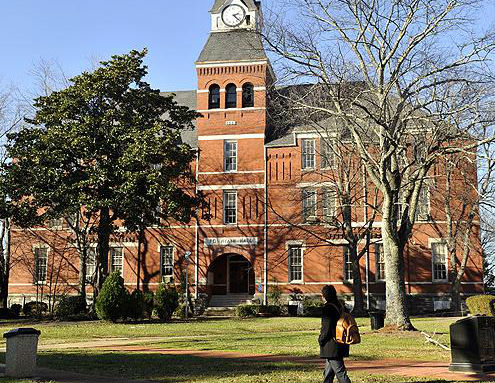 Morris Brown College, one of the oldest and most prestigious black colleges in the country, is reportedly facing a looming foreclosure due to academic and financial strains. According to reports, investors bankrolled $13 million worth of bonds that the college is unable to pay back. An auction of assets, including the college’s administration building, is scheduled for Sept. 4. The bonds were issued back in 1996 by the Fulton County Development Authority during the time of the Atlanta Olympics.

But considering Morris Brown cannot receive federal funds because it lost its accreditation in 2002 after a mismanagement scandal, school officials have reportedly scheduled a prayer vigil to come up with a plan on how to move forward amid their gloomy financial bind. This isn’t the first time Morris Brown faced dire circumstances. After it lost its accreditation the school struggled to pay its utility bills and has seen steep drops in enrollment from 3,000 to 50 students.

Exercise is a Great Way To Control Weight, Feel Good and Reach Goals