Scores of business leaders recently gathered at the posh Pierre Hotel in midtown Manhattan to receive the equivalent of a playbook for leading in today’s fast-paced, chaotic times. The attendees, from top executives of the world’s largest corporations to BE 100s CEOs of the nation’s largest black-owned companies, came together for the third annual Senior Multicultural Leaders Conference, hosted by Morgan Stanley. In fact, the must-attend confab was described by the global financial services giant’s President Colm Kelleher as “one of its flagship events.”

Fittingly, the event included some of the world’s most celebrated leaders including former American Express Chairman and CEO Kenneth I. Chenault; former Time Warner Chairman and CEO Richard D. Parsons; former US Trade Representative Ron Kirk; and CNN commentator and activist Van Jones, among others.

Under the theme, “Optimizing Growth: Risks, Returns and Riding the Cycle,”  the daylong gathering presented a platform for acclaimed thought leaders and experts to dissect an array of relevant financial, business, and political topics, providing global executives with valuable information and much-needed context to help them tackle complex management challenges. For example, Kelleher and Morgan Stanley’s chief economist and head of investment and portfolio solutions, respectively, offered in separate sessions in-depth analyses of global economic and market trends.

In one illuminating session, Ambassador Kirk joined a panel that included former World Bank and International Monetary Fund officials to explore today’s “fractured world,” reviewing the potentially deleterious impact of President Trump’s trade war, Brexit, and growing nationalism worldwide. Another panel focused on the continued disruptive effects of cryptocurrency and blockchain technology. And Van Jones shared with attendees his take on America’s polarized political climate and upcoming midterm elections, how “finance, technology, and media will have a disproportionate impact on black and brown communities,” and the state of current leadership and responsibility: “There is always the danger of short-term gain for long-term pain.”

Among the most vital elements: Expansive Q&As with Chenault and Parsons, respectively, that valuable lessons in crises management and courageous leadership for attendees.

This annual event is the brainchild of Morgan Stanley’s Multicultural Client Strategy Group, led by the company’s Vice Chair of Wealth Management Carla A. Harris, It attracted AARP, Target Corp., and Deloitte as co-hosts and enlisted the partnership of four organizations charged with the mission of helping to create more inclusive corporate cultures: The Executive Leadership Council (ELC), Catalyst, Hispanic Association on Corporate Responsibility (HACR) and LEAP.

Forced to develop an expansive waiting list due to its growing demand among the business leadership set, Harris says the conference has become a venue for ideation, strategy, and networking at the highest levels. “[We wanted] to be able to give people strong content that they could use in their decision-making day jobs. Everybody in the room is a leader and has responsibility. All of the topics that we are discussing will be germane to the corporate strategy that they are developing and will ultimately execute,” Harris told BE.

“The second thing I’m hoping to come out of it is the connections that are made here. Hopefully, people will meet people that are in similar decision-making seats but one happens to be in retail, somebody else in financial services, somebody else in manufacturing,” Harris says, “so that there are connections made that people can help enhance their success in their day jobs.” She further states the networking is also designed to encourage black senior executives, many of whom tend to be isolated, to develop support systems.

Another conference goal was to serve as a tool for senior executives to replace their fear of change by embracing the larger objective of being impactful. “We cannot be so consumed with being the only one in the room, the first one in the room. You have to look at that you’re in the room and your job, therefore, is to deliver excellence and keep driving it,” Harris says, reinforcing the need to stay attuned to technological transformation as well as geopolitical developments.

Asserts Harris: “We have much more latitude than we think we have. We have been taught that we have one shot or don’t have the same shots as everyone else. That restricts us from actually going out there and swinging for the fences. You are not swinging for home. You’re trying to get to first base. The problem with trying to get to first base is that by the time you finally get home someone else has finally changed the game.”

African American executives must explore different opportunities to innovate in a constantly changing environment. It’s Harris’s belief that “every time the world evolves, you have another shot.” 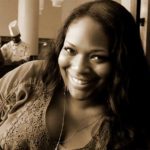 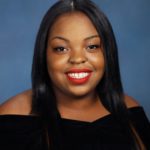 The ‘Next Black Female Mark Zuckerberg’ is Developing A.I. and Drone Technology at FAMU