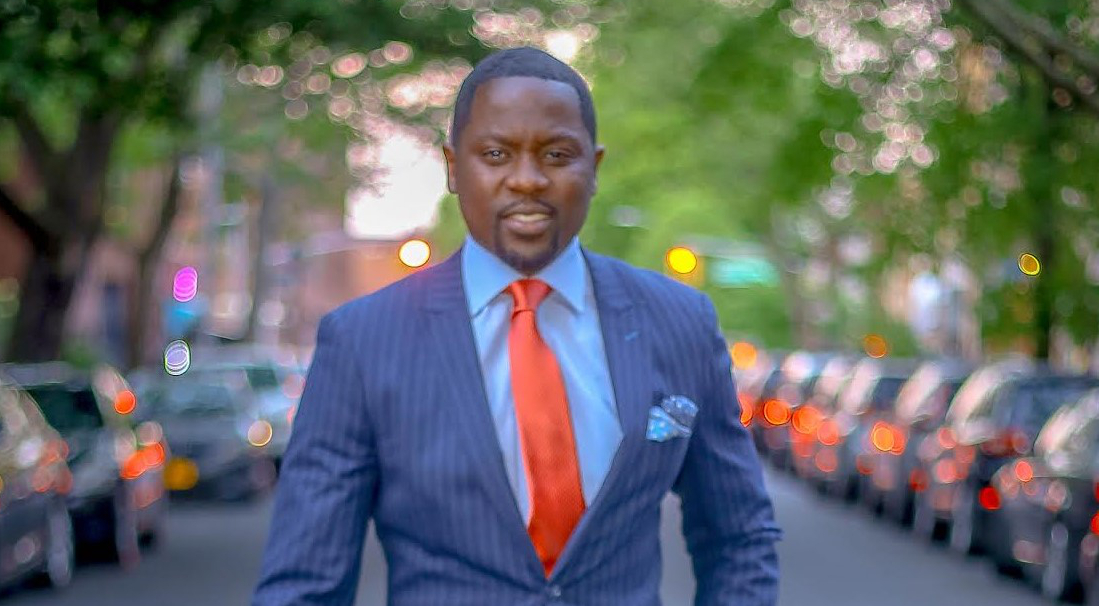 One Word That Describes You: Catalyst

It’s an honor to be recognized as one of the BEMM 100 Men of Distinction. It’s affirmation that the work you are passionate about and your habitual efforts to reach out and lift others are recognized by your peers. It’s also additional motivation for me to seek more opportunities to serve my family and friends and impact society.

Struggle and success are twins. There is an old adage that goes, “Things don’t get easier, you just get better.” In addition to being progressively-minded, the episodes of set-backs encountered since my childhood rarely occupy my mind. I don’t have one so remarkable that it comes to the forefront, however all the experiences are a part of me, and I can say, without a doubt, that they have refined and conditioned me to take more deliberative action.

I appreciate people who have a positive disposition, maintain a good sense of self, appreciate humor, and are spiritual and intellectually curious while upholding a belief that their life has purpose.

Currently, I am preparing for the annual summer-intensive program for a non-profit I founded, The Catalyst Network Foundation Inc. My team and I are finalizing project plans, which includes hiring excellent education program managers for our Washington D.C. and New York locations, finalizing corporate tour agreements and guest lists for panel discussions, securing internships, and covering all the logistic and administrative items for the high school scholars.

Aside from the summer-intensive program, another immediate venture I am working on is a project with black doctors and established black entrepreneurs. I am assisting these stakeholders with investment and business development endeavors. The ultimate goal is to develop public health centers that focus on treating illnesses affecting urban minority populations. For example, one of the services will be kidney failure treatment. Given the growing epidemic of kidney failure among black men in their 30s, it is important that we address this.

This is a loaded question! In all honesty, I can’t settle on one piece of best advice. “This too shall pass,” is noteworthy wisdom for me.  It warns me to be wary of complacency and cautious about celebrating achievement. It also helps me avoid paralysis from previous mishaps or future consequences.

I would encourage them to build fruitful ties with like-minded, inspirational peers and to foster mentoring relationships with those who have made stellar contributions. I would also say to not get overwhelmed by the end-goal, but focus on smaller daily goals.

I create an action plan leading up to the business meeting meeting/event, which would hopefully put me in the best position to have a successful engagement.

As a busy Modern Man, how do you unwind on vacation? Share a story about your best vacation?

Interestingly enough, I tend to do more unwinding in the bustling streets of New York City. I live in Clinton Hill, Brooklyn. It’s a great neighborhood, and I consider myself a foot-soldier, so I will walk and unwind that way. I meditate every morning, do Bikram Yoga weekly, and get massages here and there.

Recently went on vacation with a group of brothers that I went to undergrad with at Hampton University. We all live in different regions in the United States, so we organically made it an initiative we call “MBK,” where we vacation in a destination during one another’s birthday. Over the past nine months, we went to Dubai during my birthday, followed by Los Angeles, and most recently New Orleans a couple months ago. On each of those trips, all we do is clown one another and connect with random people with good vibes throughout the day. So I guess that would be considered nonstop unwinding.

A story that comes to mind is when we were in Los Angeles celebrating a “MBK” birthday. I was aware that my friend was a big fan of Kendrick Lamar and Kobe Bryant, so I told him we were going to connect with Kobe somehow for his birthday. I was able to secure exclusive tickets through another friend of mine for a Lakers vs. Rockets game, and we ending up sitting in a row behind Kendrick Lamar. I walked up to Kendrick’s personnel and told them my man has an African American media publication company called Stature Inc., and that he would like to build with Kendrick. They showed us love, and he chopped it up briefly.

After the game, we were in the Chairman’s Suite with many of the Lakers players, but not Kobe. I said to my homie, “Bruh you are going to build with Kobe before we leave,” but I do not know how this will be accomplished. As we proceeded to leave the arena along the path where Lakers’ personnel exits, we saw Kobe walking with his two daughters and wife. The Lakers had just lost that game and Kobe was with family, so it probably was not the best time to approach him—but I did. I told Kobe that I wasn’t this huge fan like all my other friends that have admired him since middle school, but I have the ultimate respect for his game. He started laughing. I then told him that it was my man’s birthday and that he was his favorite player. Kobe took the time to talk to us and showed love. That was a surreal moment. Kobe is a great brother, and my man was able to build with both Kobe and Kendrick for his birthday.

At this moment, it would be two places— Egypt and Japan. Over the past few years, I’ve slowly educated myself on ancient Egypt, because I always knew it was the genesis. Although present-day Egypt may not be reflective of ancient Egypt, it would be great to be on the ground, visit the pyramids, and see things first-hand.

Japan is also high on my radar; I have an affinity for Japanese culture. I am intrigued by their sense of style, cuisine, holistic remedies, and so forth.

“Success has many fathers, but failure is an orphan.” I can honestly say that I have a great family, and I have met great people throughout my life. I have had great supervisors, coaches, and teachers, and when I look back, I have been fortunate in that sense.

Last but not least, “No man is an island unto himself.” I have been very lucky in the sense that, whenever I’ve had an idea or endeavor I want to pursue, I have had talented people that are cool to work with who have been on-board with me through many of those journeys.