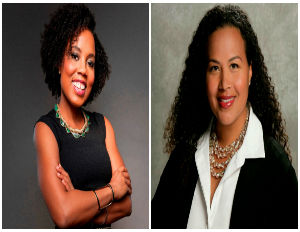 In February we reported that award-winning journalist Mitzi Miller was stepping down from her role as Editor-in-Chief of Ebony magazine to pursue more business ventures within the television and film industry. Now, a month after her departure, Miller has been appointed to Head of Development for Rainforest Entertainment.

Think Like a Man Too executive producer, Rob Hardy, who also serves as the CEO of Rainforest Entertainment, announced Friday that Miller would be joining the film, television and digital media production company.

“Mitzi is a smart, creative and innovative thinker, who has amazing ideas and is in touch with what people want to see,” said Hardy in a news release. “She will be a tremendous asset to Rainforest Entertainment, and we’re ready to hit the ground running.”

Miller, who has a successful fourteen year publishing career, served as the editor-in-chief of Jet magazine for three years, and was at the same top position for Ebony for 10 months. She is the author of three books, including The Vow, which was recently turned into the Lifetime hit movie With This Ring.

In addition to Miller joining Rainforest Entertainment, CBS Entertainment has promoted Tiffany Smith-Anoa’i to Senior Vice President Entertainment Diversity and Communications. In this role, Smith-Anoa’i will build on the division’s initiatives as well as develop new programs that recruit and hire new diverse talent to work in front of and behind the camera.

“Tiffany is a dedicated and energetic executive that has played a strategic role in expanding CBS’s diversity efforts both within our Entertainment Group and among the many organizations that represent diverse talent,â€ Deadline reports CBS chairman Nina Tassler saying.

Smith- Anoa’i joined CBS’ publicity department in 2000 and in 2009 she was appointed head of diversity initiatives for the network.

The Perfect Pair: Beyonce and Giuseppi Zanotti Team Up for Shoe Collab