How This Former Miss America Winner Changed Diversity and Inclusion 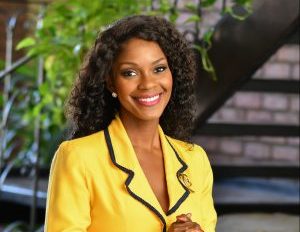 While most women in the U.S. may be excited about gaining access to the most popular clubs in the world’s most vibrant cities upon turning 21, Ericka Dunlap celebrated her special birthday in a different way. She, instead, toured the country, while attempting to solve the complex social issue of diversity and inclusion.

During each pageant, Dunlap not only mesmerized the judges with her proven preparation for each phase of the competition, but she also caught the attention of many with the relevancy of her platform; “United we stand, divided we fall behind: celebrating diversity and inclusion.â€ This platform made her immediately stand out as the ideal role model for Americans everywhere.

Miss America is a scholarship program that celebrates the academic intelligence, community activism, and performance talents of women between the ages of 17 and 24. Contestants are judged by their level of prowess and confidence in each of the four phases of competition: interview, evening wear, talent, and physical fitness. Dunlap’s victories still stand as a distinct representation of the business case for diversity and inclusion in the world of mainstream pageantry; a $5.5 billion industry, in which black women have been consistently underrepresented since the first Miss America pageant in 1921.

Today, Dunlap is president and CEO of Crown Communication Group, a public relations and diversity consulting firm headquartered in Orlando, FL. BlackEnterprise.com caught up with the Miss America 2004 title-holder to learn more about her pageant experience, as well as hear her thoughts on diversity and inclusion:

Black Enterprise: Why is diversity important to you?

Ericka Dunlap: Diversity is very close to my heart, because many of the people I went to grade school with were of various cultures. My parents wanted me to have the best possible education, and that usually comes with exposure to different ethnic groups in school systems. I attended a private Christian school, where I was immersed into the nuances of various cultures while constantly being surrounded by different people and different perspectives. At the same time, I was consistently one of the very few black girls in the school. I quickly became a representative of black girls everywhere to my peers.

Oftentimes, I was the only representative of black students at leadership conferences, events around town, talent shows, pageants, and many other areas of my day-to-day life. While I didn’t seek the exclusivity of being “the only,â€I began to encourage other black students to show up, get involved, and represent, so that there were more opportunities to expand the diversity of these organizations. So, to help further this conversation, I started competing in the Miss America system at 19, broadening the perspective of diversity and inclusion through the power of the crown.

BE: What sparked your interest in diversity and inclusion, as a contestant for the Miss America 2004 title?

Dunlap: I saw diversity and inclusion as this open gateway for the business community to truly reflect the community at large. As a 21-year-old beauty queen, I had no idea about the grand-scheme significance of my platform, and what it was going to do for people. I wanted people to have the confidence to be their authentic selves at work and be valued for the vital perspective they brought to work environments. People just needed to feel comfortable at work.

During that year, I was fortunate enough to have several wins revolving around workforce diversity appreciation and the extension of viable opportunities to people that are often overlooked. Through the title, I traveled across the country to over 37 states and built relationships with companies from the Home Depot to Chevron-Texaco. Also, I interacted with CEOs and the entire C-suite to influence best practices for diversity. Interacting with people at the highest levels extended my opportunity to serve as an ambassador and influencer, when it came to diversity programming. At the time, I didn’t know the impact would be so far reaching.

BE: What do you think needs to be done, in order to advance African American women in the workplace and as entrepreneurs?

Dunlap: I believe it is incumbent upon our “sister networksâ€ to vet, mentor, and sponsor the other African American women, so that they may be valued as critical contributors to the success of an organization or industry. The branding around black women in the workplace should reflect us as non-threatening, viable decision makers.

Unfortunately, over the last 30 years, we have been fed terrible lies and misconstrued examples of how black women interact in the workplace through television, film, and the media. Generally, African American women are viewed as too demanding and aggressive, from our hair to our management style. Likewise, as entrepreneurs, black women are often underrated, due to the narrow diversity confines of their industries.

Moving forward, the collective agenda for our advancement must be organic, yet deliberate, in order to recreate the image of African American women as respected, passionate leaders with the uncanny ability to thrive and deliver.