Minority Students Struggle to Fit in at Elite Prep Schools 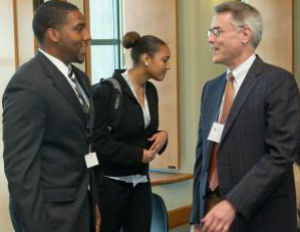 As more students of color find themselves in elite private schools, many are finding itÂ  more difficult to make the transition into those spaces, in which their classmates have considerably greater financial means.Â The New York Times focuses on three upcoming documentaries about some of those students, who recount feeling the social challenges and pressures.

That experience included the different places where students congregated, with the white, popular students hanging out in the “swamp,â€ or student lounge, and the minority children taking over the red staircase. It involved a divide between those with weekend houses and limitless lunch budgets and students like DJ, who could not afford to spend $8 a day at the diner.

And it included a teacher mixing up black girls who look nothing alike. One young woman, Cece, explains in the film that she could not feel pretty when the standard of beauty – white, skinny, tall – was something she could never be.

“It’s hard for me to get a guy to pay attention to me in a predominantly white school, because I’m black, and that’s miserable,â€ Cece says. “From September to June, there’s not a day that I feel pretty.â€