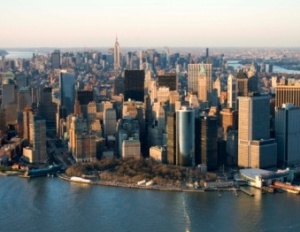 The New York City Pension Funds recently invested $225 million with Vista Equity Partners (No. 2 on the BE PRIVATE EQUITY list with $2.7 billion in capital under management), one of the largest single investments made by the city with a minority-owned firm. The transaction also brings total investments made with Vista by the city to $339.7 million.

According to John C. Liu, Comptroller of the City of New York, the city how has some $6.1 billion currently managed by MWBE firms. “I’m a firm believer that the public is served best when we level the playing field and allow everybody to show what they can do,â€ says Liu. “This is part of our on-going efforts to bring along emerging managers and to give emerging managers a chance to show what they can do.â€

According to Liu, a previous investment with Vista earned a rate of return of 29.4%, a solid performance when compared with the turbulence of the financial markets. “Vista Equity is an emerging manager that has clearly emerged.â€ Vista, which was founded in 2000, has offices in San Francisco, Austin and Chicago and primarily invests in privately held software development companies.

Robert F. Smith, CEO of Vista Equity Partners, the transaction will bring the firm’s assets to nearly $6 billion. “I have to applaud John [Liu] for this — looking at the communities they serve and trying to find vendors who are managed and owned by people who look like the people who they serve,â€ he says. “And they’re very conscious about it, very thoughtful about it and very deliberate about it.â€

Calling All Poets: Are You a Woman of Power?

Use Holiday Time to Boost Your Job-Seeking Success