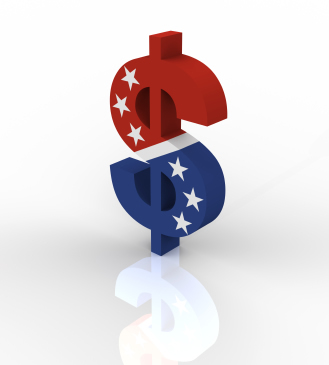 The dollar value of contracts awarded to minority and women firms hired by regulators in charge of the nation’s financial system were hit hard in 2012, falling at double-digit levels from 2011. Federal agencies, including the U.S. Department of the Treasury, Federal Reserve, Securities and Exchange Commission and Federal Deposit Insurance Corp, recently released reports to Congress on their purchase activity of goods and services from minority- and women-owned businesses (MWOBs).

Of the reports filed for 19 federal agencies, eight posted less contracting activity with MWOBs.Â  All told, the agencies dispensed roughly $566 million in contracts to those firms in 2012 out of some $2.94 billion spent with all contractors. Conversely, the agencies in 2011 allocated over $67 0 million with MWOBs from roughly $3.2 billion in total contracts.

Last year’s decline in overall spending with MWOBs was 15.5% from 2011 compared to a 9.5% drop for overall suppliers awarded contracts.

The data provides a vital performance benchmark on an annual basis in terms of contracting dollars and the federal government’s spend with MWOBs, observers say.

Federal agencies must now disclose their activity as required by the Dodd-Frank Wall Street Reform and Consumer Protection Act, a law signed in 2010.Â  Moreover, the agencies must operate an Office of Minority and Women Inclusion (OMWI) to track their diversity efforts in workforce hiring and procurement.

“Comparing our 2012 and 2011 contracting activity is an important metric for measuring the success of OMWI’s outreach efforts because it provides guidance on where to focus our future efforts,â€ says Pamela A. Gibbs,Â the SEC’s director of the Office of Minority and Women Inclusion.Â  “It also provides for transparency and accountability.â€

William Michael Cunningham, social adviser at Creative Investment Research Inc. in Washington, D.C., says the latest numbers show it’s more difficult for minority firms, and African American-owned firms in particular, to get contracts. He attributed a tougher environment for all businesses, a weak economy, and increasing competition across the board from larger, majority-owned contractors bidding on federal contracting as contributing factors for the decline.

“Many of the bigger contractors are competing for contracts that they would have ignored 10 years ago because we’re in the midst of a recession,â€ explains Cunningham.

The SEC, which polices the nation’s financial markets, dispensed $64.1 million last year with minority- and women-owned firms, up 40% over 2011. But its actual spend with minority firms fell 41% to around $27.2 million.Â Gibbs saysÂ that dropÂ was largely due to reductions in contract awards in the computer and peripheral equipment category.

The SEC is currently posting contracting opportunities at www.FBO.gov.

CBX Technologies was awarded three contracts worth $12 million by the SEC in 2012, up from two contracts worth $8 million in 2011. The Oakland-based black-owned firm provided the SEC help in multiple areas including program management, acquisition services and administrative support services.Â  The workÂ is allowing the firm to expand its services to other federal government agencies with similar needs, says CBX President and CEO Chris D’Andrade.

Among those minority firms to secure FDIC work was the Corvus Group. The Largo, Maryland-based banking and real estate advisory services firm was awarded 15 task orders with contract ceilings worth $52.8 million in 2012, tripling orders and doubling dollar volume with the FDIC from 2011.

Bill Cooper, deputy director of diversity and inclusion at the Federal Reserve Bank of Richmond, says success is measured not just in year-over-year increases in minority spending activity. Sometimes, Cooper says, the calendar is notÂ what best defines the relationship between a company and a supplier.

He adds the Richmond Fed developed a metric last year for internal and external use to hold itself accountable for including women and minority firms, whereby they can be identified, on all competitively bid acquisitions or procurement events.

Last year, 197 minority and women-owned firms were invited to participate in 91% of the Richmond Fed’s competitive procurements, up from 73% in 2011.

“We don’t control the offer or the price, but we can control who gets a chance to get in the game,â€ Cooper says. “We’re always seeking opportunities for minority and women-owned businesses that are both strategic and sustainable.â€ 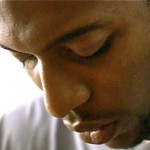