'Minecraft' Creator Leaves After Microsoft Buys Company For $2.5B 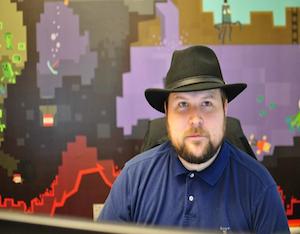 Microsoft, a software and hardware juggernaut within the video game community, acquired Mojang, the company behind the globally-successful Mojang, after weeks of rumors, according to reports. The purchase was more than enough to make creator Markus Persson step down as the head person in charge of Mojang.

“It’s not about the money. It’s about my sanity,” he disclosed in a personal blog which detailed his decision to leave the studio. Microsoft paid $2.5 billion for the gaming company – a figure that falls in line with earlier estimates. With this deal, all of the Mojang founders will depart the Stockholm-based company, and give Microsoft full ownership of one of the biggest games in the industry.

Minecraft is a designer’s dream, as the popular title is a smash hit with players on gaming consoles, PC, and mobile platforms. Mojang’s employees will now join the Microsoft Studios division following the deal. With more than 100 million downloads on PC alone, players are unsure about what direction the game will go under the Microsoft banner. While the House of Bill Gates plans on consoling gamers who aren’t ready for change, Persson had a realization that he shared with his host of followers.

“I don’t see myself as a real game developer. I make games because it’s fun and because I love games and I love to program, but I don’t make games with the intention of them becoming huge hits, and I don’t try to change the world. Minecraft certainly became a huge hit, and people are telling me it’s changed games, I never meant for it to do either.” The negative response from those within the Minecraft community stem from an end-user license agreement which led to Mojang disallowing the selling of items by server owners that affected gameplay.

“I don’t want to be a symbol,” Persson wrote, realizing that he didn’t have the connection to his fans he thought he had. “[I don’t want to be] responsible for something huge that I don’t understand, that I don’t want to work on, that keeps coming back to me. I’m not an entrepreneur. I’m not a CEO. I’m a nerdy computer programmer who likes to have opinions on Twitter.” The 35-year-old Swedish video game programmer will now focus on small web experiments and will “probably abandon” anything that he does that gains traction.

Women of Power: 10 Entrepreneurs at the Top of Their Game