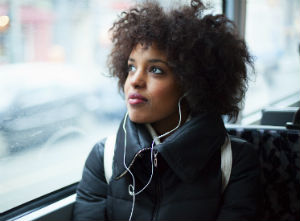 For the first time ever, a generation is earning less than the generation that came before it. That lesser earning generation: Millennials.

According to a recent Stagnation Generation report by UK’s Resolution Foundation, a think-tank that works to improve the living standards of those in Britain on low-to- middle incomes, Millennials (ages 16-35) are at risk of becoming the first ever generation to record lower lifetime earnings than their predecessors.

In contrast to the taken-for-granted promise that each generation will do better than the last, today’s 27-year-olds are earning the same amount that 27-year-olds did a quarter of a century ago.

Today, a typical Millennial actually earns (Â£8,000) $10,566 less during their twenties than those in Generation X, the preceding generation.

This decline in earnings has directly affected home ownership with the Millennial generation. A baby boomer at age 30 was 50% more likely to own their own home than a Millennial at the same age.

Resolution Foundation suggests that the resolution is in the renewing of the inter-generational contract.

“Just like families, states and societies are underpinned by a social contract between the generations — collectively supporting each of us through the stages of our lives, and crucially doing so fairly. But this contract looks at risk of fraying,â€ states Laura Gardiner, senior research and policy analyst, Resolution Foundation.

“No doubt some of these strains on the inter-generational contract are short-term in their nature and will unwind naturally over time, but there is a sense that many of them run deeper,â€ she continued.

Renewing the inter-generational contract is a shared challenge for our times: For all the talk of generational war, people, whatever their age, share concerns for the fate of the next generation—for their children and grandchildren.

At the end of this process, the final report of the Intergenerational Commission will deliver a set of recommendations that both address the imbalances that have taken hold between existing generations to put today’s children and young adults on a surer footing, and that ensure that inter-generational concerns sit at the heart of decision making processes and civil discourse in the longer term.

The report states that what’s essential is a comprehensive understanding of the problem; not just in the here-and-now, but as it is likely to develop into the future, along with creative ideas about how society can tackle it. It calls for crucially working towards positive ways for achieving these ends that abandon the generational war narrative and instead offer a renewal of the inter-generational contract that underpins society.

The UK’s Intergenerational Commission hosted by the Resolution Foundation is setting out to look into the evidence, engage with a wide range of individuals and institutions; and learn lessons from other countries to come to a comprehensive understanding of the challenge and the way forward.

At the end of this process, the Intergenerational Commission will deliver recommendations addressing the imbalances that have taken hold between existing generations to put today’s children and young adults on a surer footing, and that ensure that inter-generational concerns sit at the heart of decision making processes and civil discourse in the longer term.