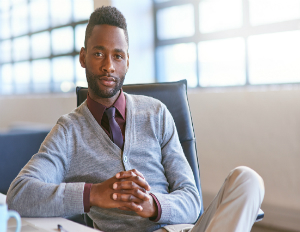 Reporters and researchers paint broad strokes about millennials being a generation ofÂ entrepreneurs. Inc. recently touted self-made billionaires age 36 and under, noting that millennials have surpassed baby boomers in becoming America’s largest population; many of which are also generating some serious cash. ForbesÂ has also highlighted the richest millennial entrepreneurs in the U.S., with the usual suspects, including Facebook co-founder and CEO Mark Zuckerberg, 32; Evan Spiegel, 26, and Brian Murphy, 28, co-founders of Snap, Inc. (formerly Snapchat); Nathan Blecharczyk, 33, Brian Chesky, 35, the co-founders of Airbnb; and Ben Silbermann, 34, the co-founder and CEO of Pinterest.

However, the reality is that millennials think about starting businesses more than they actual go about finding a way to become their own boss.Â SCORE, the nation’s largest network of volunteer expert business mentors, examined the emergence of millennial entrepreneurs–or millennipreneurs–toÂ see how successful they are compared to previous generations.

SCORE discovered is that millennials–individuals born between 1982 and 2000–lag behind previous generations, in terms of starting businesses, with only 4% reporting self-employment at age 30, compared to 5.3% of gen-Xers, and 6.8% of baby boomers. Notwithstanding, 55% believe that their generation is more entrepreneurial than past ones, even though the data suggests otherwise.

According to SCORE’s data, these lower numbers could be attributed to finances. Student debt has now reached 1.3 trillion dollars nationally. About 42% of millennials say they lack the financial means to start a business, while 81% of college-educated millennials have at least one source of debt, and 30% have more than one source of debt. The 2016 school year also showed some startling numbers; reportedly, some 9.6 million Americans with federal student loans can’t make their monthly payments.

Millennials Desire to Be the Boss

The reasons for wanting to start a business vary for millennials:

Other key findings were that millennials plan for the future—and look forward to it:

A Helpful Resource for Aspiring Entrepreneurs

Regardless of age, all entrepreneurs can and should take advantage of SCORE’s free small business mentoring and educational resources. Since 1964, SCORE has helped more than 10 million aspiring entrepreneurs. Each year, SCORE’s over 10,000 volunteer business experts provide more than 350,000 free small business mentoring sessions, workshops, and educational services to clients in over 300 chapters nationwide.

How the African American Community Continues to Transform With Tech

How to Find Your Unique Strength As A Business Owner