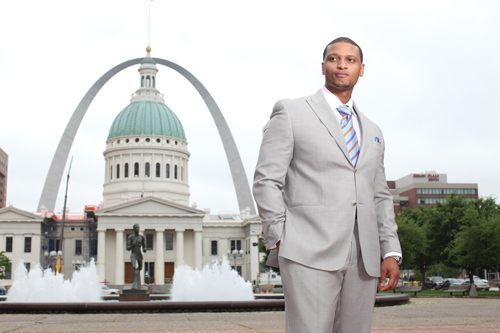 St. Louis ranked high in a list of places where Americans are most financially stress-free.

New findings published Monday by CardHub.com suggest that six of the best ten U.S. cities for “wallet wellness” are in the Midwest, and that the same number of the worst cities — Las Vegas and Los Angeles among them — are out West.

Minneapolis, St. Louis, Cleveland, Kansas City, Cincinnati and Chicago were all listed among the ten cities where Americans live with the least amount of financial stress, according to the study titled Best & Worst Cities for Wallet Wellness.

“We’ve unfortunately been given a number of stark wake up calls about the importance of mental health in recent years, and there is a high correlation between stress levels and concerns about money, work, and the economy,” said Card Hub CEO Odysseas Papadimitriou in a statement. “Our goal in conducting this study was to identify the metropolitan sweet spots, if you will, for fiscal prosperity and overall happiness.”

Card Hub cited money and work as the top factors in stress, according to the American Psychological Association. Its findings are based on research on everything from “job growth and cost of living to transportation expenses and average commute time — that speak to relative differences in economic opportunity and daily frustration” in the largest U.S. cities.

Atlanta, a destination for many African Americans seeking a break from the financial pressures of many large cities, ranked tenth in the best cities category. Rounding out the bottom of the list, however, proved to have few surprises: They were New York, Los Angeles, Orlando, Las Vegas, Portland and Riverside, Calif.

“You’re obviously not going to feel your best if you can’t find a job or you get stuck in traffic for hours on end every day, watching your daily take home dwindle as you burn gas yet go nowhere,” said Papadimitriou. “While the rankings of the Best & Worst Cities for Wallet Wellness are really only directly relevant to folks who are either looking to relocate or could easily do so, they also reveal a number of interesting trends about our nation’s workforce and geographical economic strength.”