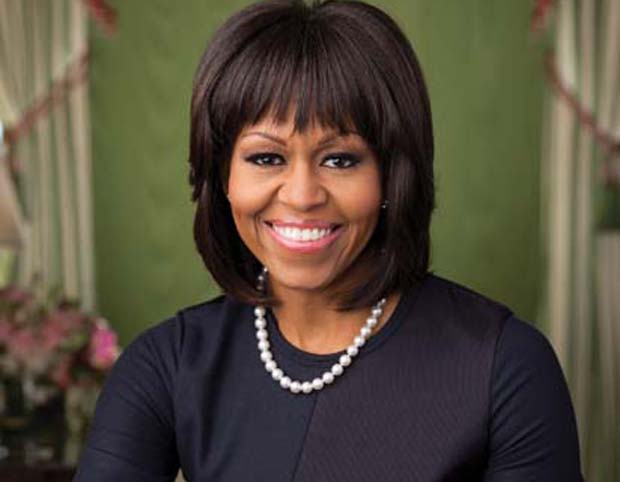 Even as the Democratic National Convention draws to its dazzling close, the elevators, corridors, buses, bars and ladies restrooms (maybe men’s too) continue to buzz about Michelle Obama, who opened the convention with a phenomenal keynote speech on Monday.

Buttons, shirts, tote bags and mugs bearing her image, her name, famously fist-bumping her husband and hugging her daughters are nearly as plentiful as you walk the streets as the endless streams of Barack-stuff.

As Sen. Hillary Clinton held an electrifed audience in her grasp when she finally declared her unqualified support for Sen. Barack Obama on Tuesday, the press and the public watched Michelle closely, eager to gauge her response. As former President Bill Clinton spoke on Wednesday evening, striking the perfect complement to his wife’s earlier display of support — filling in the blanks she left, hammering away at the chosen presidental candidate’s unique and definitive qualifications for the job — heads and cameras frequently spun away from him to catch the look in Michelle Obama’s eye, to measure the arch of her brow, to attempt to give meaning to the expression on her face.

Without question, she is aware of the scrutiny and she is rising to the occasion with the skill of a seasoned star. It’s as if she’s been preparing for this moment her entire life. As reluctant as she may have been to move into this space alongside her husband and children, like her husband, she seems tailor made for this moment and she has embraced it with inspiring grace.

“Michelle is the embodiment of the modern American woman,” said actress and comedienne Fran Drescher, addressing the Women’s Caucus on the 88th anniversary of Women’s Suffrage. Kudos to Barack for embracing such a strong, accomplished, multi-talented woman. She speaks volumes about him.”

Caroline Clarke is the co-editorial director of the Women of Power Summit.

What Democrats Can Learn from Republicans