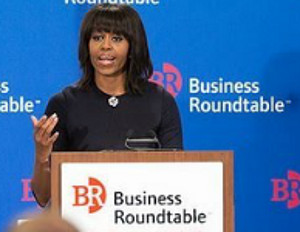 Michelle Obama confronted a protester who heckled her at a Democratic fundraiser in Washington D.C. yesterday, giving the crowd an ultimatum: you can listen to me or her.

Reportedly, the first lady got right in the face of the heckler, offering to give the woman the mic and leave, before the crowd cheered for the first lady to stay.

Mrs. Obama was 12 minutes into her 20-minute $500-$10,000 a seat speech at a couple’s homeÂ  when a woman standing at the front of the small crowd demanded that President Barack Obama sign an executive order on gay rights.

“One of the things I don’t do well is this,â€ the first lady said before walking down from the lectern and approached the protester.

“She came right down in my face,â€ the heckler told the Washington Post. “I was taken aback.â€ 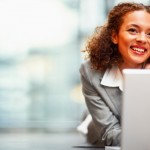