Beyond the Game: Money & Power Moves of Michael Strahan 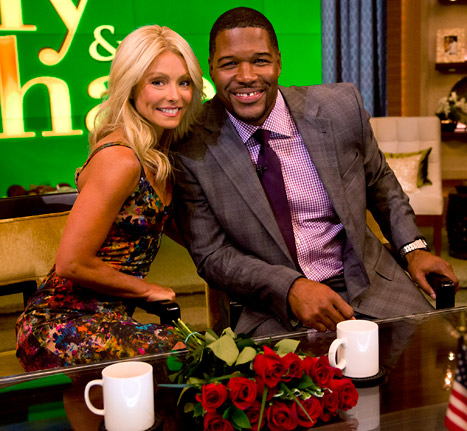 Michael Strahan, former defensive end for the New York Giants, is no stranger to the grind. The 6-foot-5 TV host appears on millions of screens across America on Live! With Kelly and Michael, Good Morning America and Fox NFL Sunday. He’s also a father of three, an investor in a number of businesses, and the founder of a management company that focuses on helping athletes navigate their post-playing careers.

Before his 15-year career in the NFL, Strahan spent most of his childhood in Germany, where his father, an army major, was stationed. When he was 17, his dad sent him to Houston to stay with his uncle, a former NFL player.

“I was scared to death. Did I necessarily want to do it? No. Was I in a totally different environment with no friends? Yes. Was that hard because I was shy? Absolutely. But I thought, “He knows what he’s talking about. He’s my dad.â€ So I sucked it up. And when I did play in college, I was on a mission: I’m going to be the best at it. Everything I do professionally, I have that mentality about,â€ Strahan said in an interview with Parade magazine. This is the mindset that has everyone talking about Strahan’s charismatic style—from die-hard sports fans to people who couldn’t care less about football.

So why would a man who could have eased his way into the good life after retiring from football choose to juggle three jobs, traveling back and forth between New York City during the week and Los Angeles on the weekend?

“When you’re a 20-something-year-old athlete and you’re getting a six-figure check every week, you’re not thinking about next week. You’re not thinking, ‘I’m going to be broke,’ or ‘I’m going to need another job.’ But I’ll tell you, there are a lot of broke athletes out there — I know plenty — and I didn’t want to end up as one,â€ Strahan said in an interview with the New York Times.

Strahan has become a celebrity mainstay and master of reinvention. In 2012, People magazine named him “the sexiest man alive.” He’s also the author of Inside the Helmet; he’s a supporter of St. Jude Children’s Research Hospital; he’s appeared in several commercials for the Subway sandwich chain; and he’s lending his support to the same-sex marriage campaign. On the heels of his most recent award, the Pro Football Hall of Fame Ring of Excellence–Strahan has provedÂ at 42 that power plays exist beyond the football field.

Women of Power TV Takes Us Inside the Careers of Executive Tamara Franklin, Actress Vanessa Bell Calloway and More