The outlook for Michael Steele‘s bid for a second term as Republican National Committee chairman was pretty clear from the beginning. As one political operative explained, no chairman trailing in the first round has ever won reelection. And while Steele’s support started out relatively strong with 44 votes during the first round, which put him in second place, after it eroded to 28 in the fourth ballot, he stepped aside, endorsing longtime Bush administration official Maria Cino. Both lost, however, to Reince Priebuf, former Wisconsin party chairman, who secured 97 votes.

“At this time I will step aside for others to lead,” said an emotionalÂ SteeleÂ during his concession speech. “But in so doing, I hope you all appreciate the legacy we leave.” Unfortunately for the embattled, and now former, chairman–who was the first African-American to hold the position–that legacy includes $20 million in debt.

“That’s unheard of at the RNC,” said the operative, who requested anonymity. “They’ve never had such money problems and have to get out of this real fast, so you have to go with somebody who really has connections to deep pockets. Cino can raise the money and has the political network.â€ This operative also said that earlier this week, at the cocktail party House Speaker John Boehner hosted for Cino, he’d advised Steele to exit with class if it didn’t look good for him.

Fundraising is at the top of the agenda for both Democrats and Republicans as they gear up for the 2012 presidential election cycle. Although Steele, the GOP’s first African-American chairman claims to have played a pivotal role in helping the party win the majority in the House, he had lost a significant portion of its donor base and the gaffes, which occurred with embarrassing regularity, only made matters worse.

“Michael Steele is a nice guy, but he cannot manage the financial well-being of the party and I felt too often he got off message,â€ said North Carolina national committee member Ada Fisher, who supported Cino from the start and seconded her nomination. “President Obama’s going to raise a billion dollars; we can’t win it with people who can only raise $15 million, so it’s a nickel and dime thing, too.â€

See more of our political coverage: 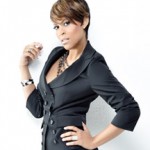 Shaunie Oâ€™Neal at the Top of Her Game