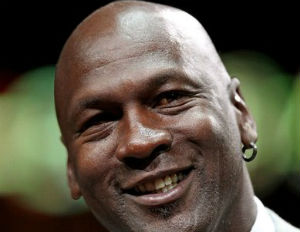 Though he filed court papers claiming the kid isn’t his, a judge has been asked to order Michael Jordan to take a DNA test to determine if a 16-year-old is his son, Reuters reports.

Pamela Smith filed suit in Georgia claiming that Jordan fathered a child with her in 1995 while he was still married to Juanita. Smith is asking for full custody, child support and for her son’s medical expenses to be paid.

Jordan alleges that the paternity of the teen has already been “conclusively establishedâ€ in filings for the divorce between Smith and her ex-husband.

“It is unfortunate that well known figures are the target of these kind of claims,â€ Jordan’s spokeswoman, Estee Portnoy, said in a statement.

“My son has the right to know who his father is,â€ Smith told reporters after the hearing Tuesday. “He has had an issue with it over the years.â€

Young Professionals: 5 Things That Really Matter in the Grand Scheme of Things