Michael Bloomberg Works to Get Low-Income Students Through College 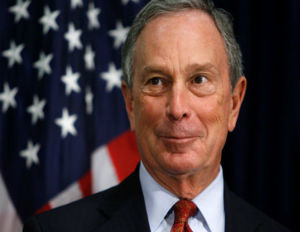 After holding a meeting last year for his charitable group where concerns about improving higher education were raised, Michael Bloomberg is now on a mission to ensure that college is made more accessible to top-performing lower-income students who often see college as not being financially possible.

“If we really believe that America is the world’s greatest meritocracy – and I do – then we can’t sit back and tolerate a situation where so many talented young people who have the grades to get into top colleges are not going to them,â€ Bloomberg tells the New York Times. “We’ve got to change that.”

The result of last year’s conversation has led Bloomberg Philanthropies to create a coalition of institutions and educators who are pledging to aid low-income students get through college. The coalition will include the Khan Academy, the College Board, the Jack Kent Cooke Foundation and others, as it hires 130 full-time counselors and 4,000 college students as part-time advisers. Offering support through video chat, email, telephone and text, the network will provide low-income high school students with the same college resources that many affluent students take for granted.

On Monday, the coalition sent emails to 24,000 top-performing low-income students, with the goal to reach as many as 70,000 students a year. The coalition hopes that it will be able to persuade at least 10,000 of those students to change their mindset about college affordability by offering them the opportunity to attend any one of 250 colleges where low-income students have a high graduation rate with a manageable amount of debt. These colleges included both elite universities as well as state universities like Stony Brook, Iowa, Purdue, North Carolina State, Illinois State and the University of California, Santa Cruz.

Bloomberg plans to spend $10 million over the next two years on the program, with the Heckscher Foundation for Children adding an additional $1 million.