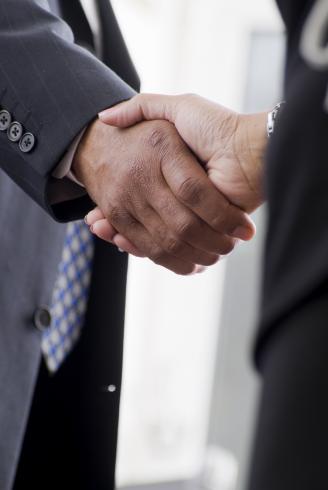 Sloan says acquisitions will be a key tool the Durham-based parent of M&F Bank will use to become larger and remain a viable and yet stronger community bank to compete with larger rivals. M&F will acquire MCSB for about $3.18 million in stock as part of an overall strategy to become a $1 billion bank by 2015. “We’re looking for acquisition candidates in the southeast region, as far north as Virginia, as far south as Florida, and as far west as Alabama,” Sloan says.

Moreover, Sloan says, in order to have a viable community bank, you must be able to grow. He says the bank needs the resources to be able to provide services—including a larger loan portfolio to make loans to small businesses, online banking, and the ability to hire top-notch personnel with specialized skills—to provide the community with better services and compete with larger banks.

Observers such as Buddy Howard, banking analyst and president of Equity Research Services Inc. in Raleigh, North Carolina, is confident there will be more mergers.
“Consolidation activity is likely to remain high in 2008, spurred in part by the increasingly challenging banking environment and ongoing economic uncertainties,” Howard says. “One thing that could act as a constraint, however, is pricing. Acquisition multiples have contracted sharply, much as overall bank valuations have. On balance though, merger activity should remain fairly brisk.”

Currently, M&F Bank has nine branches in Durham, Raleigh, Charlotte, and Winston-Salem, while MCSB has three branches in Durham and Greensboro. The deal calls for investors of MCSB to get one M&F share for each share of MCSB they own.
The merger is expected to be completed by March 31 pending regulatory and shareholder approval.

“M&F Bancorp has a very strong record in customer service, part of which is rooted in a state-of-the-art technological platform, and this same commitment to outstanding service should go far in helping them to retain existing Mutual Community customers and to attract new ones,” Howard says.

Sloan also indicated that MCSB had been facing some financial challenges and was not profitable. William G. Smith, MCSB president and CEO, declined to comment.