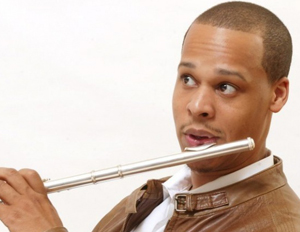 In this special series, BlackEnterprise.com takes a look at three black men behind the Grammys who are making major boss moves in the music industry, continuing a legacy of excellence—oftentimes behind the scenes—among the world’s best talents.

Trey Eley is an American jazz and R&B artist, whose latest collaboration with Matthew Shell, “Twilight,â€ is currently being featured on Grammy.com. Eley has more than 20 years of experience as a jazz flutist and has played with many acclaimed jazz musicians including saxophonist Paul CarÂ  and Hidden Beach Recording artist Mike Phillips. He has also performed in top venues such as The Kennedy Center. Add to his resume serving as leader of his own band, The Trey Eley eXperience, and co-leader of The Jazz Boyz with saxophonist Marcus H. Mitchell. BlackEnterprise.com caught up with the busy musician on his solid music industry growth, his involvement with one of the industry’s top awards, and the perks of being a musical boss.

BlackEnterprise.com: Tell us about your involvement with the Grammys and how you have stood the test of time in the industry?

Trey Eley: The short answer is Matthew Shell, who created the song and album with me, reached out to The Recording Academy (who facilitate the Grammy Awards), and they fell in love with the song. The longer story is that Matthew and I are both voting members of the Washington, D.C. chapter of the National Academy of Recording Arts and Sciences, aka The Recording Academy. This means that we vote annually on the nominees and Grammy winners. We also frequently network with other academy members, mainly in the name of making great music. To become a Recording Academy member there are minimum requirements for professionally released recording credits, which speaks to the journey you asked about. I’ve produced and/or recorded on more than 10 albums since 2007 when I started producing and recording professionally.

What are some of the challenges of ensuring longevity in the business and how have you overcome them?

The two major things for me have been marketing, self-promotion and rejection. Â I have never been one to enjoy talking about myself, or feel like I’m validating myself by telling people what I’ve done or about my latest work. However, I had to learn that if I don’t promote my work, it won’t go very far at all. It really took some time for me to come to grips with it, but I have settled on the fact that I am promoting the work and not myself. Â That is even hard to do when my picture and name are plastered all over everything. Â I have to keep reminding myself that the music is much bigger than I am and I am an instrument, just like the ones I play. Â The other issue, rejection, is really the same thing. Â I am still learning how to not take it personal and remind myself that the work is bigger than me. The bottom line for both learning issues: I am having to learn how to not take personal something that is so personal and close to me, my music.

What’s the salary range and perks of being a music composer and producer?

Without saying too much, the average yearly salary of a record producer in the US is $71,000. Perks I can expand upon more freely. (Laughs) You have more flexibility to work when and where you want. Also, you are doing something people can relate to. Â The main perk is that I get to play with my two favorite fields all in one: Music & Technology. Â How can you beat getting to do something you really love to do?

What have been some defining-moments in your career?

Definitely getting onstage and performing with guys I grew up listening to and watching like [platinum-selling saxophonist and flutist] Najee, and those I’ve listened to more recently like Mike Phillips.

What does a typical performance day look like, especially leading a band?
A typical performance day would start off with prayer and time spent talking to my wife, and perhaps changing a diaper or two (LOL). Â I like to warm-up/practice some the morning/day of the performance so I feel good going into the gig. Â Other than that, I just try to have a relaxing day, so that I’m not too worn come time to play. Â A day in the studio, or writing/recording/producing can vary. Â Whenever I’m doing anything musical, I like to keep my flute out, because that is my primary instrument and it allows me to be most comfortable creating and coming up with ideas. Â I do this even for songs that never have a plan to have a flute part in them; it is kind of like my notepad.

Advice to those pursuing careers in entertainment?

Love it, or leave it alone. Â Do it because you love it, not because of a desire for fame, or fortune, or women, or whatever. Â If you love it, do it. Â If not, find something you love and go do that!

Check out Part 2 in our Men Behind the Grammys series: Hip-Hop Producer with Run DMC and “Chipmunks” Credits Talks Diversifying 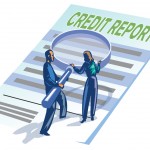