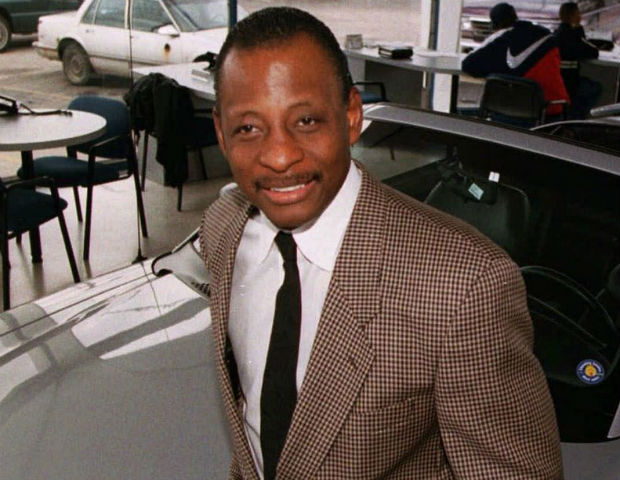 Mel Farr, a former Detroit Lions running back and business titan, died at his home Aug. 3, according to reports.The superstar, both in sports and business, was 70.

Farr, who was a Rookie of the Year in 1967, played seven seasons with the Lions from 1967-73. He was selected to the Pro Bowl twice and created a lucrative post-NFL career as an auto industry leader, dominating Black Enterprise’s list of top auto dealers on the BE 100s list. Cook-Farr Ford debuted on the list in 1977 at No. 18, with sales of $9.8 billion. “This is the greatest thing that could happen to me as a businessman,â€ he said later of the honor. “Realizing that back in 1978 when Black Enterprise had its first ever BE 100 group assembled at the White House, I was the youngest businessman in the group at 33, and the oldest was 82. I knew at the time I wanted to be No. 1, and I always felt that because of my youth, it was obtainable.â€

By the late ’90s, Cook-Farr would later expand to become Mel Farr Automotive Group, becoming the nation’s largest black-owned auto dealership and the 33rd largest in the U.S.. At the time, the company earned more than a half-billion dollars in revenues.

Farr, a Beaumont, Texas native, was a first-round pick out of UCLA and a powerhouse runner in the NFL, leading the Lions in rushing and receiving as a rookie and scoring a team-high nine touchdowns in the team’s playoff season on 1970. Shoulder and knee injuries would lead him to retire.

According to reports, he was able to leverage a longstanding association with Ford—as the family owned the Lions since 1964—to learn the auto business. Â He worked for Ford during the off seasons and gained training to take over his first dealership that led to an empire. “You see, most entrepreneurs want to jump into a new business before they really spend time learning it. I received a seven-year apprenticeship before I got my own dealership. I learned all of the basics … I got an overview of what it takes to make a dealership work,â€ he told Derek T. Dingle, author of Black Enterprise Titans of The B.E. 100s, published in 1999.

He was his company’s spokesperson, appearing in early commercials wearing a superhero cape and tailored suit.

Reports also indicate Farr’s smart and persistent lobbying in the 1970s led to President Jimmy Carter’s approval for low-interest federal loans to keep his dealership out of bankruptcy and financing from Ford.

Though his empire eventually crumbled in the early 2000s after consumer lawsuits, a slumping economy and financial challenges, Farr leaves a legacy of innovation, pioneering leadership and advocacy. A husband and father of three, he provided a platform for minority dealer success and resources, co-founding the Minority Ford Lincoln Mercury Dealers Association, now the Ford Motor Minority Dealers Association.

The entire Lions family is saddened by the passing of Mel Farr,â€ Lions president Tom Lewand said in a statement Tuesday. “As both a player and a businessman, Mel was blessed with many talents and a personality to match. His energetic presence in Detroit, both on the field during his playing career and off the field for decades after, was unique and unmistakable.â€