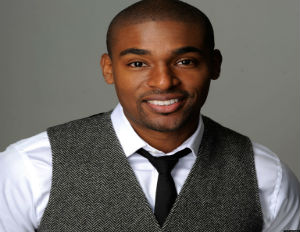 Known to many as the “love doctor,” Paul C. Brunson is internationally recognized as one of the most successful matchmakers today. He is the founder and president of the award-winning matchmaking firm, The Paul C. Brunson Agency, which has served over 600 clients directly and matched over 6,000 individuals on dates through inventive live events and social media.

Catching the attention of Oprah Winfrey and appearing as a co-host on her network’s show Lovetown, USA, Winfrey notes, “Paul is much more than a matchmaker, he’s a life coach.” Serving as the author of Amazon bestseller It’s Complicated (But It Doesn’t Have to Be): A Modern-Day Guide to Finding and Keeping Love, which earned him an NAACP Image Award nomination, Brunson has appeared as an expert on love and relationships in many media outlets including appearances on Good Morning America, The Today Show, the Washington Post and Essence just to name a few. With a successful business and entrepreneurial hustle that has also led him to create the popular educational webinar series called #MentorMonday, Black Enterprise is proud to announce Mr. Brunson as the new co-host of Our World With Black Enterprise new season premiering November 1, 2014.

Bringing a fresh perspective to the issues that matter most to the African American community, Brunson will host the new season of Our World alongside political and digital media strategist Patricia Cesaire.

“There are many aspects I’m excited about, from joining the illustrious Black Enterprise family, to telling the stories of top news makers, business leaders and humanitarians in the world,” said Brunson. “That said, what tops the list for me is becoming an ambassador for a brand launched by a man who has been a mentor (in my head) for decades (Mr. Earl G. Graves, Sr.).”

With the mission to provide insights on the power players in entertainment, business, politics and culture as it pertains to African Americans, Brunson says that Our World will bring a community aspect to viewer households, while also filling a massive void in television.

“The term ‘our’ makes it all relative, whether it is our community, our industry, our profession, etc.Â I think about the stories and underlying ideas from the many cross sections of our life,” expressed Brunson.

A native New Yorker, who has been living in Washington, D.C. for the past 10 years, Brunson is a graduate of both Old Dominion University and the McDonough School of Business at Georgetown University. He resides in the nation’s capital with his wife of 13 years, and business partner, Jill, and their two sons Kingston and Liam.

Catch Brunson on Our World With Black Enterprise every Saturday and Sunday in most network markets (check local listings) beginning Saturday, Nov. 1, and every Sunday at 10a.m. on cable network TV One.