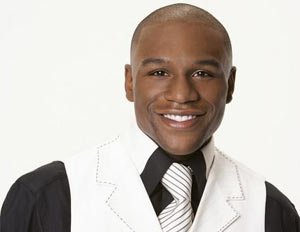 Ever since word got out that NBA Commissioner Adam Silver vowed to make Los Angeles Clippers owner Donald Sterling sell the team (after banning him for life due to his racist comments and views) major players from sports, entertainment and the business world have thrown their name in the hat to put a bid to buy the team.

Enter the undisputed pound-for-pound boxer Floyd Mayweather. According to The Bleacher Report,Â  as the boxer was speaking to Sam Farmer of theÂ Los Angeles Times, about his upcoming fight against Marcos Maidana, Mayweather said he wants to get “a group of billionaires” together to bid for the franchise.

With the recent sale of The Milwaukee Bucks (one of the smallest market teams) at $550 million, sources are saying that the Clippers could easily sell for over $1 billion dollars.

Other names that have made public statements about having an interest in purchasing the NBA team are: Sean ‘Puff Daddy’ Combs, Oscar De La Hoya and Rick Ross, among others.

States And Their Startups Getting The Most Venture Capital